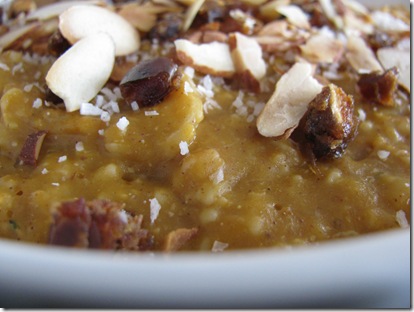 I had meant to tell you guys about this all week! (ummm…did I just say that?? ;-P) While the girls were here for Thanksgiving, the beautiful and wise Amy left behind some canned pumpkin in the fridge. Now I have tried pumpkin oats before, but I have never had any luck ever liking pumpkin! I like pumpkin spice, just never pumpkin.

But let me just say that you should never give up on any food that is good for you that you don’t like. I must have tried oatmeal at least 15 times before I finally got it right and now I LOVE LOVE LOVE it!

Your tastes DO change over time and I have been abundantly aware of that more so over the past year. I never even used to like pumpkin pie but this Thanksgiving, I DID.

So Miss Amy sent me an email with a recipe to try for pumpkin “dip” to use up the pumpkin that was left behind (isn’t that thoughtful?) and I was still of the mind that I didn’t “like” it. But then I decided that “since it was there” I would give pumpkin oats another shot: 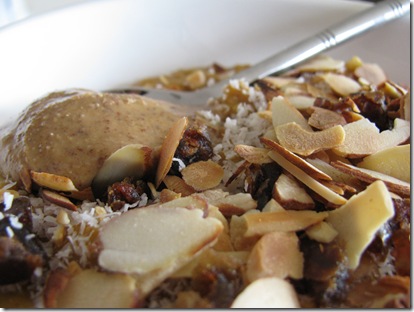 BINGO. I loved it. It rocked and if I had more time in the mornings I would have eaten it for breakfast all week! 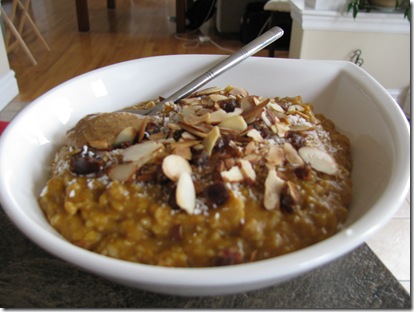 Yes I just wrote an entire post about how I have conquered pumpkin. *shakes head*!