We’ve been crushing on the Pepper + Paint blog for ages now, so can’t even begin to tell you how excited we are to have their food author Nicholetta Bokolas on board to share her recipes with you each month.
Her blogs are more than just about food, they are a celebration of friends, family and cherished times around the dinner table. If you haven’t read them before, you should! 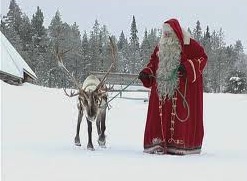 I don’t remember exactly when I stopped believing in Santa Claus. It wasn’t anything dramatic or life altering. I don’t remember fretting or being particularly upset. I imagine it was, most likely, a natural progression. A slow but sure acknowledgment of something I had probably suspected for some time. Something that had confirmed the snickers at school, the whispering older cousins, the subtle shhhh of my parents. It was time to let go I suppose.
Every year I think, “This will be it. This will be the last year my eldest will believe in Santa Claus.” And so I relish every moment. Every twinkle. Every single, beautiful question. But much to my surprise, her innocence leads her back to this enchanting place year after year. This perfect little corner of the earth where wonder transforms before her very eyes.
The world is grand and full of strife and yet, good people still dwell here. And do good deeds. And think good thoughts. And profess good things. But it takes a long time to realize that I think. It takes heartache and tears and some not so joyous moments to come out of that darkness and still see the good. It takes a lot of practice to not want to throw in the towel when things aren’t working out just so. And Santa Claus serves his purpose in this manner doesn’t he? By preparing us to believe that there’s a little bit of wonder still left on this earth. Even in the bleakest moments, there will always be a glimmer of light.
Because that’s what Santa Claus is essentially. Much more than the keeper of secrets and the watcher of all wrong doings; he’s a symbol of faith. The promise that magic still exists somewhere. It’s not until we’re much older that we realize the magic is actually in our own hearts. In the goodness we bring forth in our relationships with our children and spouse and family and friends and community. In the noble things we do, even for the people that might not always deserve it.
As an adult, I see Santa Claus every single day. In the way a loving mother stares into her baby’s eyes. The sweet caress of a father after a terrible nightmare. The soothing voice of a caring teacher as she tries to explain long division. The way a big sister holds her little brothers hand so he’s not afraid of the dark. The tearful embrace of old friends saying good-bye.
And I suppose I want my children to hold on to the idea of Santa Claus until they get there. Until they are able to see that beauty for themselves. Until they realize that the beauty is actually within them.
Santa Claus is just the introduction. The spirit of who he is and what he represents is all around us. In smiles and helping hands and beautiful poetic gestures. So, I’m okay with my children believing in him until they’re ready to let go. Until they’re ready to embrace that spirit within themselves.
To see it. And love it. And really, really live it.
P.S I’m sharing a recipe for a super easy holiday appetizer. You know, in case you’re busy writing letters to Santa Claus and don’t have much time for that upcoming soiree. You can do most of the prep work ahead of time (like grilling your eggplant and baguette and whipping up the herbed goat cheese.) All that’s left to do after that is assemble these little beauties. 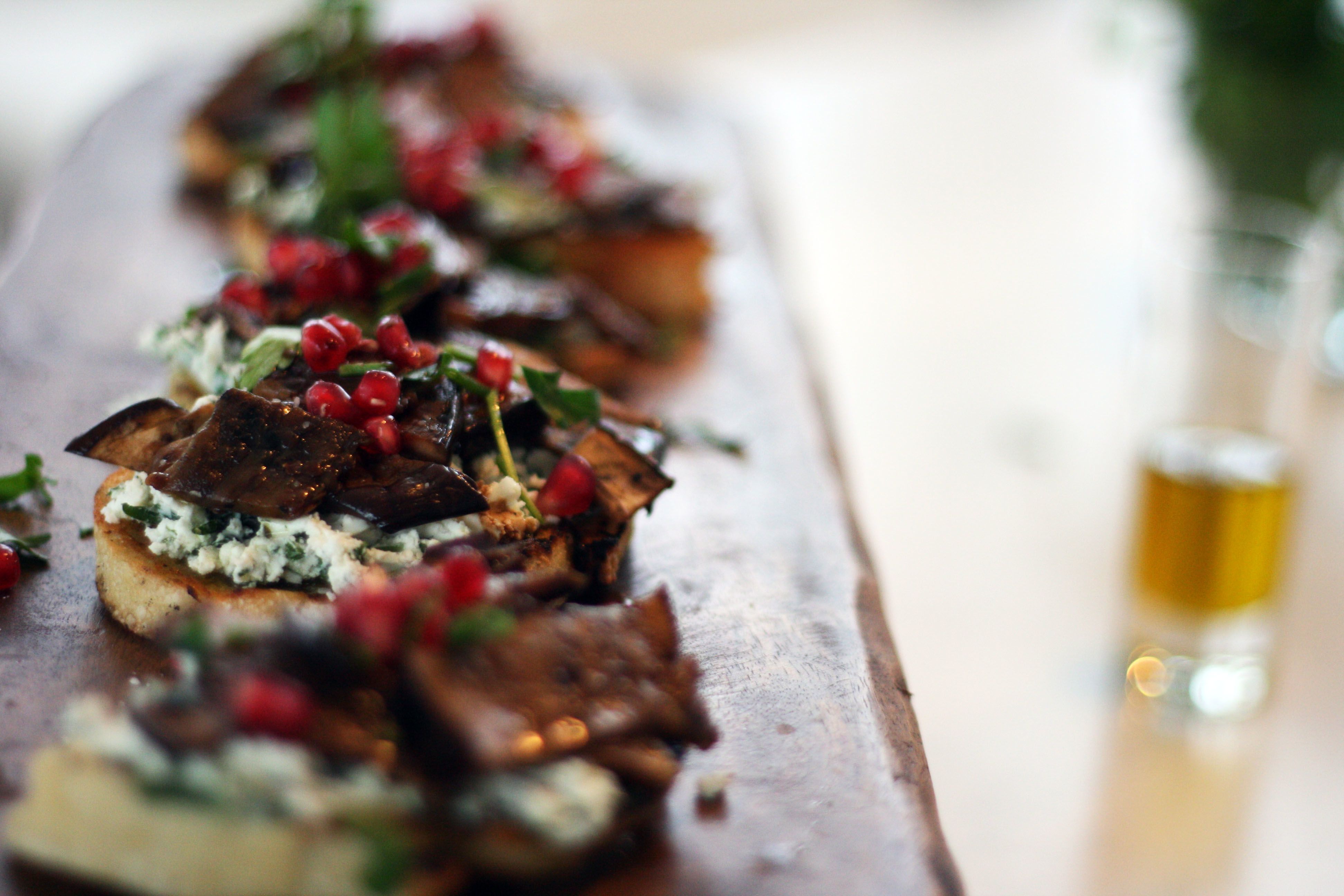 Grilled eggplant crostini with herbed goat cheese + pomegranates.
1 medium eggplant, sliced thin (about ½ inch)
½ t salt
½ loaf French baguette, sliced about ½ inch thick ( about 10 slices)
1 pomegranate, seeds removed
2 T fresh parsley, chopped plus 1 T roughly torn for garnish
2 t chopped fresh chives
1 ½ C softened goat cheese
2 garlic clove, cut in half
Olive oil for grilling
Balsamic vinegar and olive oil for drizzling (about 1 T each)
Sea salt + fresh pepper to taste
Cut eggplant into 1/2-inch slices; sprinkle with salt and let stand in a colander until it starts to sweat and some of the moisture starts to seep out, about 10 minutes. Pat dry with paper towel. Brush with olive oil and grill over medium heat, turning only once. Grill until tender, about 10 minutes. Slice grilled eggplant into pieces.
Heat oven to 450. Slice bread and brush with olive oil. Toast in oven, flipping only once until golden brown, about 5 minutes. Rub the toasted bread with the garlic clove.
Meanwhile, place your softened goat cheese in a bowl and add the chives and the chopped parsley. Whip the mixture with a fork until it is smooth.
Spread the goat cheese mixture on the baguette and top with grilled eggplant. Add the pomegranate and drizzle with an aromatic olive oil, balsamic vinegar and salt and pepper. Add parsley on top for garish. Serve immediately.

Nicholetta Bokolas is the author of the food blog Pepper + Paint. She is a wife, mother and lover of all things fresh and local. She believes good food is meant to be shared and loves coming up with unique recipes that feed both the body and the soul. You can follow Pepper and Paint on facebook and twitter.

I'm Hungry: The Spirit of Santa (and an appetizer)
https://haligonia.ca/im-hungry-the-spirit-of-santa-and-an-appetizer-85632/