On July 1 just after 10 a.m., a member of RCMP Traffic Services in Cape Breton stopped a vehicle as it was making a loud noise. 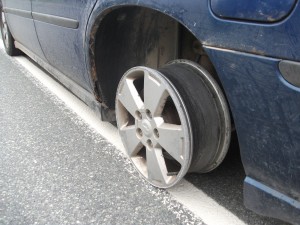 The police officer met a vehicle on Hwy. 4, and noted that it was in fact being operated without a tire on the left rear wheel. 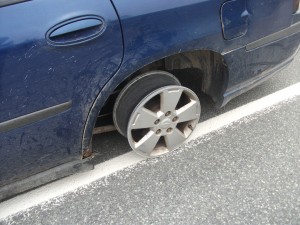 After speaking with the driver, the RCMP officer determined the 28-year-old man from Marion Bridge was impaired by alcohol. He also had open liquor in the vehicle.

The driver was taken to an RCMP detachment where he took a breath test, producing readings of 120 mg% and 130 mg%. He has been charged with Impaired Driving and his vehicle was towed. He will appear in Sydney Provincial Court at a later date. 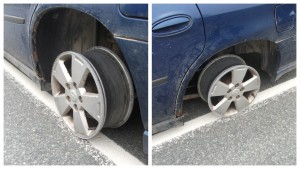