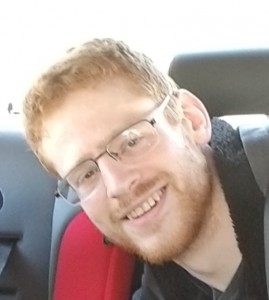 Inverness RCMP and several other agencies have continued to search for Colin Joseph Beaton since he was reported missing on June 30. The RCMP continues to follow up on tips and information received from the public and has released a new photo of Beaton. “We hope that the new photo may help someone recognize Colin”, says Cpl. Châtele Eagan of Inverness RCMP. “Colin did not have his glasses with him when he went missing, but he is wearing them in the photo.”

The local detachment has been assisted by RCMP Police Dog Services and the RCMP Underwater Recovery Team, Provincial air and ATV resources, as well as several other agencies, including:

Thirty-one year-old Colin Joseph Beaton was last seen at 2:00 a.m. on June 30 prior to leaving a cottage in Harbourview. He is white, 5’11” tall and 160 pounds with red hair. He was last seen wearing a grey hoodie, jeans and rubber boots. He left on foot and may have been disoriented.

Anyone with information on the whereabouts of Beaton is asked to contact the Inverness RCMP at 902-258-2213. Should you wish to remain anonymous call Nova Scotia Crime Stoppers toll free at 1-800-222-TIPS (8477), submit a secure web tip atwww.crimestoppers.ns.ca, or use the P3 Tips App.