I had such a great visit with my Aunt and Cousin last evening just chatting away and watching some TV that I didn’t get my day blogged! And today was such a fun-filled say I decided I would post-pone yesterday’s eats and hopefully get them posted later. This morning was an early morning for my relatives because my cousin was participating in a paint ball tournament in Hubbards. They were up early and out the door in time to have him there by 7:00. My Aunt came back to our house where we chatted for a bit and then decided we would spend the day between going and watching the boys do paintball and puttering around Mahone Bay. BUT before we hit the road I convinced my aunt to have an Amazing Smoothie with me before we went! She hardly hesitated because she is a reader of my blog and already knew what I was getting her into!

I decided we’d give the Chocolate SuperFood a shot and mixed us up a double batch: 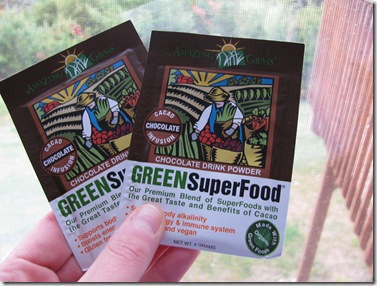 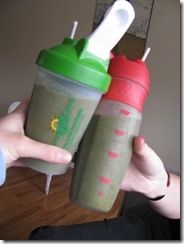 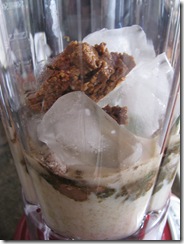 And she liked it! She said that she sort of felt like there were “bran buds” in it, which I couldn’t taste that at all. I don’t know if I’m just used to these kinds of smoothies, but I loved it. Of course, there was lots of other things in it besides the Chocolate Green SuperFood, but either way, that’s how I make them and they so far have not let me down!

I decided at the time that I would steam up the rest of the spinach and then freeze it in ice cube trays for easy smoothie access. I haven’t tried it frozen before, so we shall see how that works!

Then we hit the road and watched the boys in action: 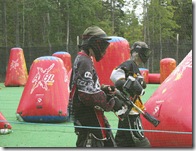 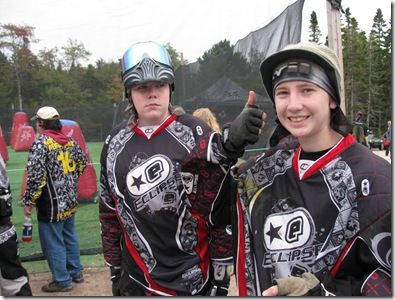 I brought a long a little snack snacky snack of a HONEYCRISP APPLE! Dang I LOVE these and it’s my favourite Fall produce (and pomegranates of course).

Then we hit up Mahone Bay and browsed a few antique shops. This place was CRAMMED with stuff: 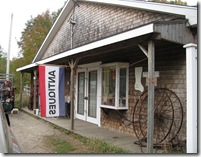 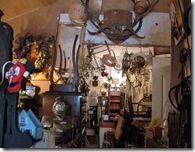 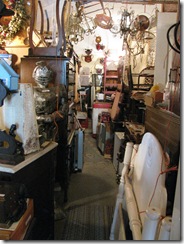 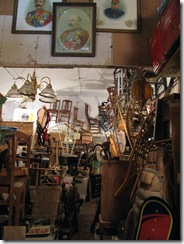 We kept making our way down the street and I got hungry again, 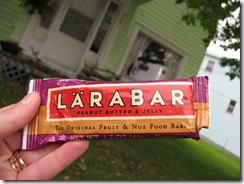 so I grabbed my emergency Peanut Butter & Jelly Larabar I had in my purse:

We made our way down to a flea market and browsed the tables and enjoyed the beautiful surroundings: 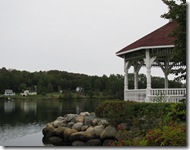 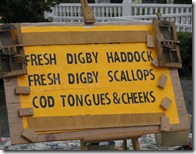 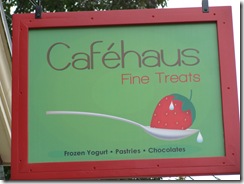 Cafehaus where we thought we were going to grab a panini, but it turned out that the selection was indeed quite small on that. We ended up scoring some sourdough rye bread and something incredible caught my aunt’s eye which was organic maple flakes! I HAD to buy that because it would be incredible in yogurt, oatmeal, sprinkled over salmon etc. SO EXCITED ABOUT THAT!

We stopped at the next place and had the perfect mid- 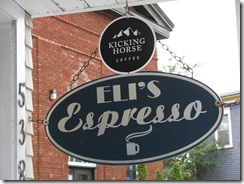 We both enjoyed the “Lox Bagel” (I think that’s what it was called?) and it was basically a toasted bagel with cream cheese, smoked salmon, onion & tomato: I decided that they were generous enough with the smoked salmon that I was going to make “two” out of it and I spread the cream cheese on the other half and divided everything on each half: 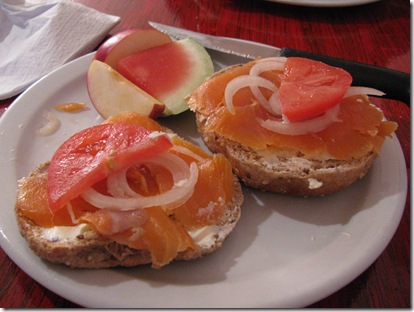 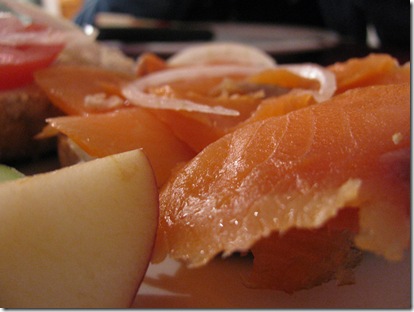 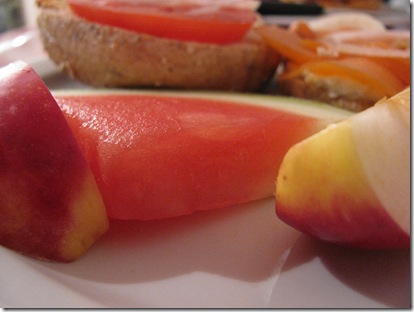 We sat there and chatted, gabbed over coffee and freshly squeezed orange juice and split a slice of apple-caramel pie! 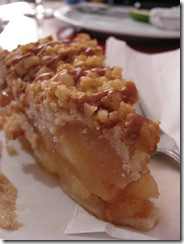 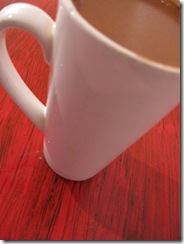 Soooo good! We didn’t miss a beat and before we knew it they were closing up the shop and it was time for us to move on.

We stopped at one more place before leaving to pick up my cousin from paintball and we saved the best for last: 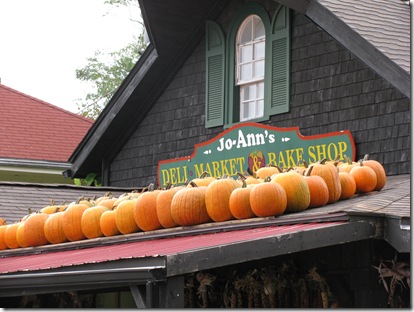 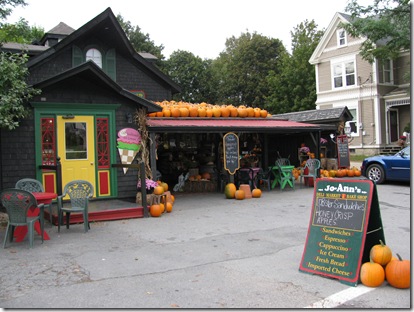 I loved this place! I bought some fresh honeycrisp apples (less expensive than in the grocery store!) and there were plenty of other fresh produce: 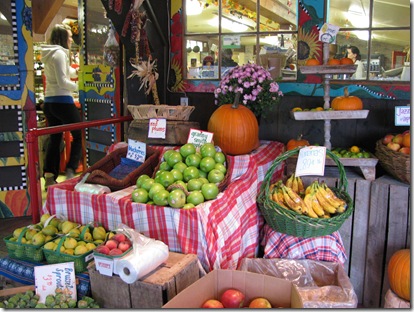 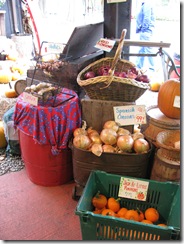 I had never even SEEN what brussels sprouts look like before they are picked and had no idea that they grow on a stalk almost like broccoli! I had to buy one because I LOVE them: 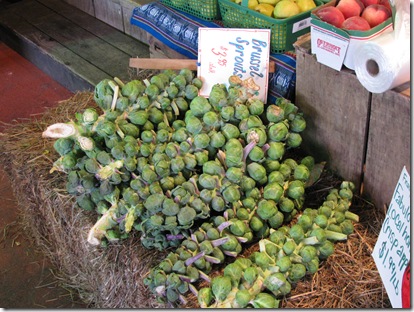 It definitely put the Autumn spirit skip in my step and especially with all of the pumpkins and beautiful orange and Fall colours everywhere: 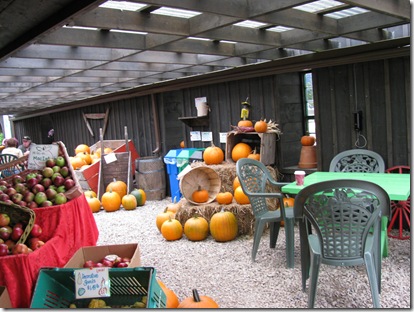 OH and my Aunt spied something ELSE amazing when we went inside in the cheese case! It’s Mango Ginger Stilton! They don’t usually let you taste them, but she let us and it was the first cheese to ever just crumble and melt in my mouth so I HAD to buy some!! 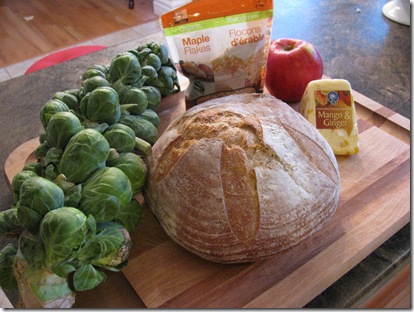 I could hardly wait to get home and have some of that fresh sourdough rye bread with some of that amazing cheese! 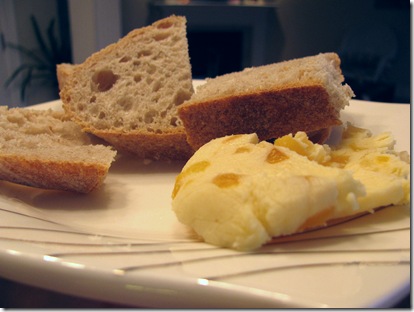 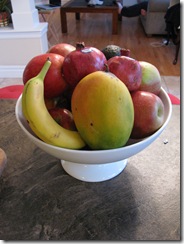 My fruit bowl is good and stocked for the week!

What a fantastic day!! ANDDDDDDDD…….I can’t wait to go back down there with the fabulous and beautiful Cat, Jen and Amy who are COMING TO the East Coast for thanksgiving with their husbands so Jaime, Lynn, Lesley, Tasha, Lex and I can show them how we rock it East Coast style! WOOOT! I CAN’T WAIT to see these girls, they are SUCH AMAZING women and we totally had the greatest weekend together when we went to Toronto in June, ‘member??

Speaking of!! We have tons of things planned for their visit and one of which includes a Keith’s Brewery Tour and a Thursday night downtown in Halifax, so if any of you lovely readers who are in the area and are interested in joining us for a drink next Thursday night, PLEASE don’t hesitate to email me: angieallthway@gmail.com We would be delighted to meet you and have some good times in Hali!