#iheartfage  Oh bloggies I have to sook for a second here.  This morning came the end of my tub of Fage yogurt that I bought during our visit to Maine.  I am supremely envious of the amazing greek yogurts that are available in the U.S.  I’m tellin yas, they ROCK.  I know that my tastebuds have changed over the past few years and even as of six months ago I would never in a million years dream of eating plain yogurt and adding things to it, but if this stuff was around there is no question in my mind!  And now it’s all gone *sigh* 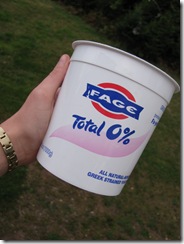 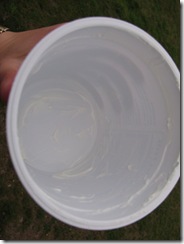 You just can’t beat the amount of protein that is in this yogurt!  I have no idea why the Greek style yogurts I’ve found in the U.S. are so much HIGHER in protein.  I know that since it’s strained, it’s more concentrated, but they are still comparable in the calorie department.  For example, just looking at the yogurts I have on hand in the fridge here’s a comparison of the NI:

I do have Plain Oikos in the fridge too, but it came in a 6 pack of individual servings and all of the NI was on the cardboard package that didn’t make it here from Maine.  But I looked it up online to include the comparison of Plain Oikos and Plain Chobani

Keep in mind that some of the yogurts above are not non-fat and have flavourings in them (ie. vanilla, honey, coconut) and the Liberte No Fat Vanilla, and Mediterranee Coconut are not “Greek style/strained” but it gives you an idea of the nutritional breakdown.

Here’s the reason why I’m sooking:  the plain Greek Style Fage, Oikos and Chobani yogurts better nutritional specs by far and impress the pants off of me in the protein department and the amazing thick and creamy awesomeness.

If any yogurt big wigs are out there anywhere, WHY CAN’T WE BUY THIS IN CANADA?!  If you bring it, we will buy!

I love me my Liberte (I love you Liberte!) but I would absolutely buy these other Greek yogurts HANDS DOWN.

Luckily I still have some plain Oikos to fall back on (for now!)

My last Fage yogurt breakfast consisted of a creamy and delicious parfait of sorts: 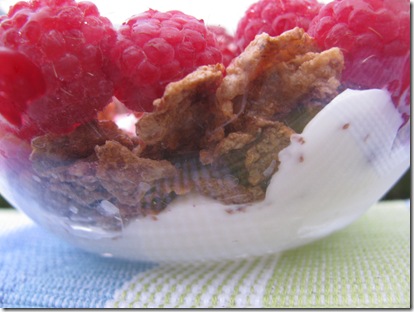 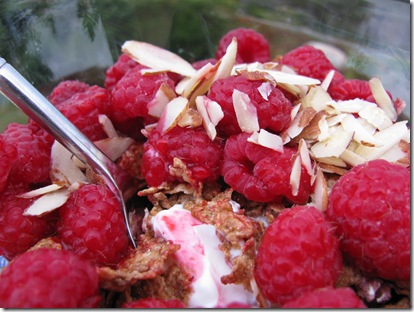 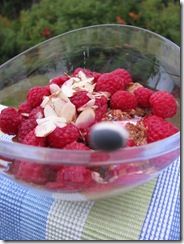 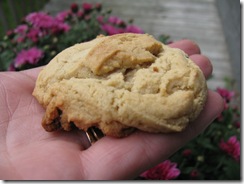 breakfast would and there wasn’t even a lot of Fage left to finish.  I got hungry at around 11 and I had another homemade cookie at the office.

I can’t help it, she’s mastered the chewy-crumbly cookie ratio!

I had some errands to run at lunch time and for some reason I haven’t had my butt in gear to prepare my lunch the last few days.  I decided I would run into Planet Organic to grab a sandwich on the go.  I am a major fan of their curry chicken salad sandwich and the only kind that they had was on spelt bread: 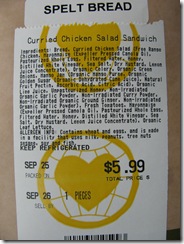 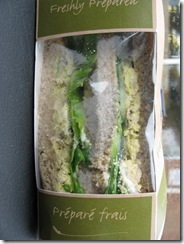 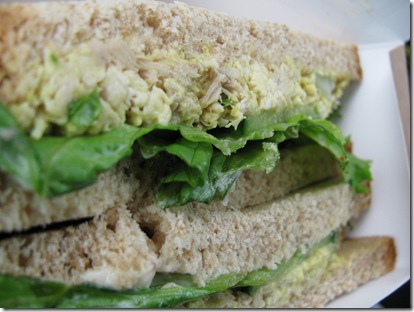 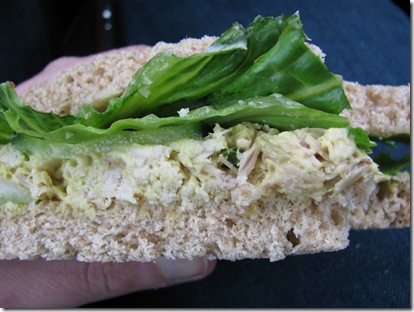 Only problem was that the spelt bread was DRY DRY DRY!  I’m pretty sure I’ve had it on spelt bread before and it wasn’t this dry although I can’t be sure.  I don’t know if it’s just the bread or what, but I didn’t have a drink with me and it was really hard to swallow!  Tut tut tut!

So I also scoped out something ELSE that I’ve been waiting for with baited breath: 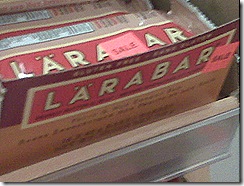 Peanut Butter & Jelly Larabars!  You’ll have to excuse the picture because I was trying to inconspicuously take a BB picture without looking like a knob to the people around me 😀

And guess what else?  That little orange sticker says they’re on SALE Woot!  They are $1.29 which is what you would pay for them in them at Whole Foods in Maine (as opposed to the regular price of $2.29 here).  You may also notice that it’s not PB&J larabars in the box!  It looks like they were all cleaned out.  That’s okay “for now” because you may remember my ginormous larabar loot that I scored on vacation at Whole Foods! 😀

Okay so I totally snagged a cosmic cookie while I was there too: 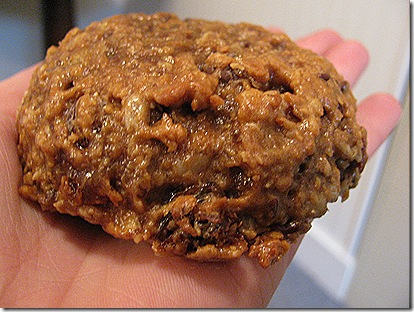 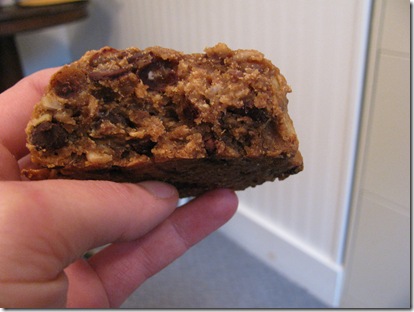 I got home from work and the husband says he’s “already taken care of supper” and it we were doing “Sicilian” tonight.  Well I ended up with some “Pizza Corner” BBQ Chicken Pizza that he has been thinking about for a while for some reason.  It’s been AGES since I’ve had “Pizza Corner” pizza!  Any of you non-haligonians may be wondering what the heck that is?!  Pizza corner is downtown at a 3-way intersection and on every corner of it lies a pizza shop that stays open LATE for the downtown bar scene.  I’d say it’s been at least 6 years since I’ve set foot there.

Tonight, it set foot in my house: 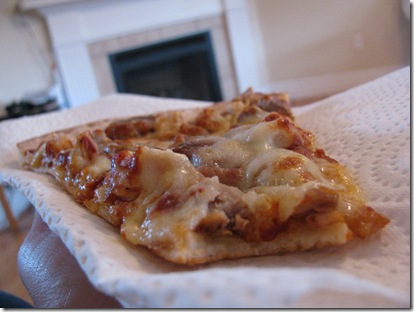 I ended up having 2 pieces, watched about 6 episodes of Big Bang Theory with the husband (I LOVE that show, it’s hilarious!) and then we spent the rest of the evening getting started on cleaning out/organizing the garage so that there’s room for me to park there in the winter and organized so hubby can get some projects done.  I am so excited about the idea of NOT having to scrape of my car or have to let it warm up in the mornings this Winter!

Today’s plans include MORE cleaning because my amazing Aunt and Cousin are visiting and staying with us for the night!