And no I’m not even going to mention the “C” word don’t worry!

Suffice it to say, I am a major fan of the Amazing Meal so far.  I still have the regular one to try, but I thought I’d move on to the 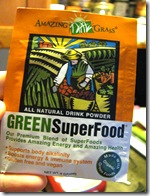 Given Lucy’s kennel cough she’s kept me up early in the mornings, but she’d getting better! :-)  I was half asleep and couldn’t quite think of what to put in my smoothie!  I ended up throwing in the blender: 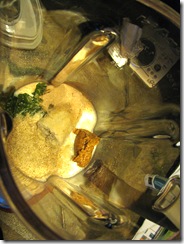 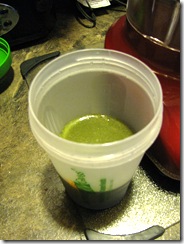 And I only ended up with this itty bitty cup!  It was missing bulk! Steaming the spinach definitely makes a difference in the taste – you don’t get that bitter taste that you sometimes do with fresh spinach, but it definitely cuts down in volume.  So I added a few ice cubes and another cup of almond milk to fill me up!

The Verdict: It was good :-)  I like the Amazing Meals better (AM has this in it too), BUT one serving of this stuff only has 30 calories and LOOK at what you’re getting:

Green SuperFood is blended to perfection in a delicious tasting powder that mixes well with juice, water or your favorite beverage. One serving gives you the antioxidant equivalent of 7 servings of fruits and vegetables and helps you hit your daily quota.

Not only THAT, but look what’s IN it:

My first thought was HOW CAN I GET THE HUSBAND to start drinking this stuff?! He does NOT eat his vegetables!!  He is willing to try it (I think) and I plan on pulling the Kid’s SuperFood packs on him, but you can buy this stuff in capsule form!  In the VERY LEAST he’ll be getting everything he’s lacking from not eating his veggies from THIS!  But I think it’s good just mixed in the smoothie.  The husband on the other hand is still quite a newbie on the road to health, so I’ll take what I can get 😉

This smoothie had around the same satiety power on my appetite as most breakfasts do and I was hungry around 10:30 and had a peanut butter cookie Larabar although I didn’t take a pic! I think this post has enough pics anyways! 😉

At Lunch time I parked nearby Just Us Cafe while out to pick up my new dress shoe orthotics and since I’m a regular Just Us coffee drinker at home, I seized the opportunity to run in and grab lunch to go. 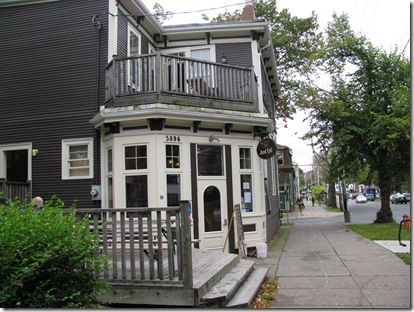 And an Americano of course! 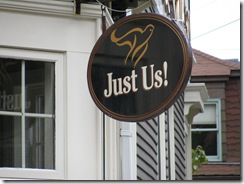 They had me at Grilled Panini! 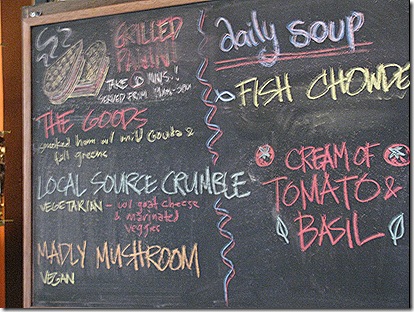 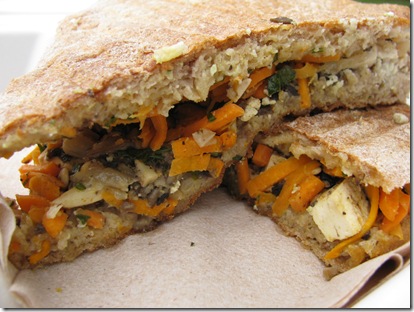 He told me that they only had “mushroom” left and I didn’t really care what kind it was because I’ve never met a panini I didn’t like!    I’m pretty sure that’s tofu in there too.  It wasn’t overly flavourful, but I loved that even though it was grilled, it wasn’t sopping in oil. 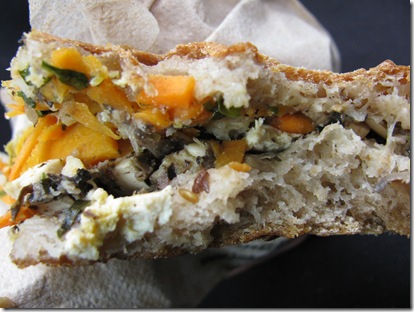 And it’s ABOUT TIME that there’s take out container that wasn’t styrofoam and was biodegradable!  Nice!  I can’t stand styrofoam!

Okay so I definitely enjoyed two chocolate chip cookies later in the afternoon at work, but I didn’t snap a pic (my bad!)

It was a glorious afternoon and when I got home it felt like a “sip & cook” kind of afternoon, so I mixed me-self up a POM spritzer….. 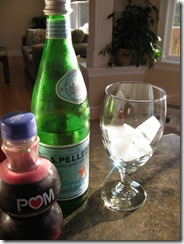 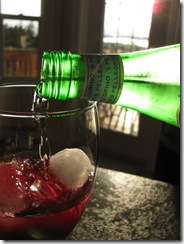 to sip on while prepping the best salad everrrr…. 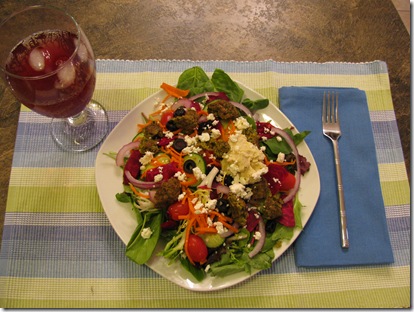 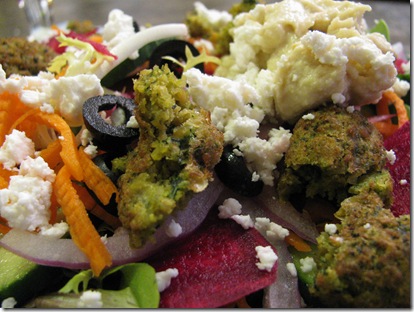 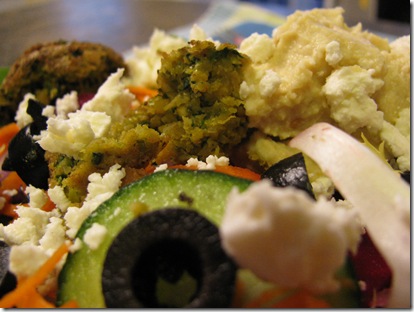 Theennnnn, I made myself a cup of tea to sip on while I watched Greys.  Seeee anything new or different here?  Hmmmm??? 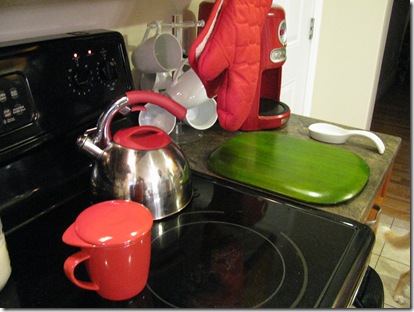 Some sort of new addition to my addiction of all things red?? 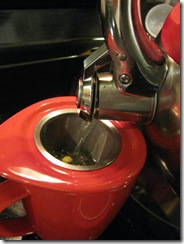 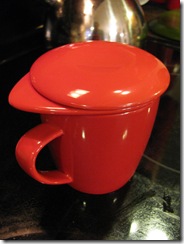 Steeped Tea surprised me with the ultimate addition to the loose teas samples that they provided me with this red steeper mug! 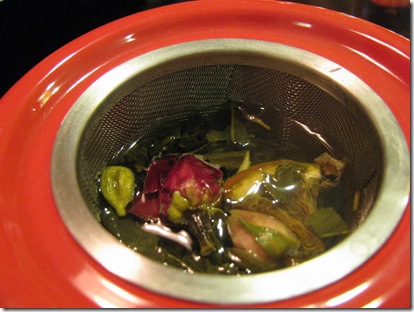 The snow cap tea rocked too!

Okay this post took me FOREVER because I’m watching Greys and OMG they are all twisted emotionally aren’t they?!  I love the show!

So who’s up for a giveaway around here, anyone? 😉

All Things Green and Red!
https://haligonia.ca/all-things-green-and-red-7087/