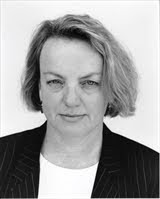 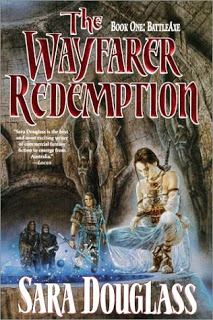 Her first novel, The Wayfarer Redemption, was well received in North America with favorable comparisons to the likes of Robert Jordan, Terry Goodkind and David Eddings.

In addition to her own writing, Douglass was also generous with aspiring writers, offering guidance and advice through her web site. Douglas was prolific in her relatively short writing career publishing roughly 20 books since 1995. Her most recent book, The Devil’s Diadem, tantalizingly for fans began a new series.

“Maeb Langtofte is lucky, she knows, to have gained a position in the household of the Earl of Pengraic—one of the most powerful men in England, a man whose holdings rival even King Edmond’s. She is lucky that his wife, Adelie, whom Maeb serves, is a kind, pious woman (in contrast to the Earl, whom Maeb finds dark and secretive). But when word arrives that a plague is sweeping through Europe like a human wildfire, everyone in the Earl’s household is put on edge. It is whispered that victims of this plague are spontaneously engulfed in flames—as if the flames of Hell had suddenly leapt up to claim them. It is also whispered that the Devil himself is to blame.

As the disease spreads into England, so too does civil unrest. King Edmond calls his lords and their armies to return to London, and the Earl obeys, leaving Maeb and his family to fend for themselves. But it turns out that the Earl has been hiding far more than simple state secrets, and that his family, left alone, is at risk of losing not only their lives but also their souls. To her horror, Maeb will learn that, indeed, the Devil himself may have arrived on her doorstep. And worse, what he demands may, in fact, be running through her very veins.” publisher

Sara Douglass has been acknowledged a number of times by the Aurealis Award for Excellence in Speculative Fiction.

Read more about the late Sara Douglass in an interview on SFFWorld.