The exclamation point: intended to give emphasis to a statement, it doesn’t get a lot of play in the world of novels. Other than in dialogue, the exclamation point generally doesn’t seem to fit in a novel: it’s too silly, not mature enough. Remember that episode of Seinfeld where Elaine’s boyfriend wouldn’t use exclamation points? It was Season 5’s “The Sniffing Accountant” and as episodes of Seinfeld were able to do, it perfectly describes the situations where something was desirable (in notes and phone messages) and not (excessively in novels).

This post started percolating in my mind with a single book title: Swamplandia! by Karen Russell, which was released to much buzz this past spring. I was definitely intrigued by the descriptions of a book set in a family run theme park in the Florida Keys where the main attractions were alligators, but I have to admit that the inclusion of the exclamation point in the title made me want to read it a bit more. This book isn’t just “Swamplandia”, it’s “Swamplandia!” and somehow that extra punctuation made all the difference to me. The book, by the way, totally lives up to the hype: it’s a wonderfully crafted, imaginative story of loss and family ties (with a sizable serving of adventure) with one of my favourite protagonists in a long time: 13 year old Ava Bigtree.

So, Swamplandia! You hooked me with your exclamation point, but you also made me wonder who else has tried this crafty trick of titling—and I found you weren’t alone.

(all quotes from library catalogue summaries unless otherwise noted)

U.S.!: a novel by Chris Bachelder. Titular exclamation points often point toward humor, no surprise then that American satirist Bachelder would work one in. “In this hilarious and wildly inventive novel, Chris Bachelder brings Upton Sinclair back from the dead to see what he might make of our modern world. U.S.! is a playful, darkly comic novel that imagines the serial resurrection and assassination of tireless muckraker Upton Sinclair. In Chris Bachelder’s bizarre world, Sinclair is repeatedly brought back by beleaguered but optimistic leftists (whose refrain is “Hope and Shovels Forever”) and then gunned down (and once harpooned!) by those seeking fame, fortune, and American business as usual.” Bachelder is no stranger to creative titles: he is also the author of novel Bear v. Shark.” 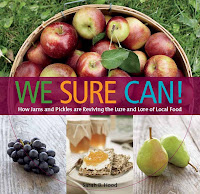 We Sure Can! : how jams and pickles are reviving the lure and lore of local food by Sarah B. Hood. Exclamation points aren’t just for fiction, this book “celebrates the ongoing “Canvolution,” in which urban “preservationists,” local-food aficionados, rural picklers and jammers, and food bloggers are rediscovering the lost art of home canning jams, pickles, and other preserves.” And if I’m not mistaken, there’s a pun in that title as well as an exclamation point: extra points!

Westward Ho! by Charles Kingsley. It’s not just modern types who can pepper their titles with exclamation points, as this 1855 novel can attest to. Beginning in England, this high seas adventure set in the Elizabethan era includes romance, kidnap and the Spanish Inquisition. 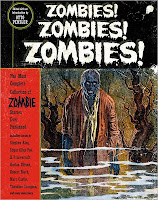 And if you like a little bit of darkness in your reading, it doesn’t mean that you can’t enjoy a good titular exclamation point. James Ellroy brings you his trademark noir style crime tales in Destination: morgue! : L.A. tales, “Fourteen pieces, some fiction, some nonfiction, all true enough to be admissible as state’s evidence.” And if Horror is more your game, you can try Zombies! Zombies! Zombies! edited by Otto Penzler, released just this past September, Booklist called it an “exhaustive compendium of zombie literature”.