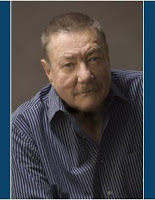 Award winning crime fiction author Robert B. Parker has passed away at home in Cambridge, Massachusetts at the age of 77. Awarded A Grand Master designation by the Mystery Writers of America in 2002, Robert Parker has had an amazing writing career, penning over 60 novels. His work is cited almost universally by today’s young crime writers as being both inspirational and influential. He will be sadly missed! 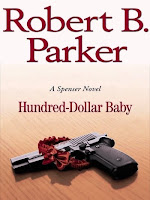 Perhaps most widely known for his Spenser series of novels, and the related Spencer for Hire television program. Robert Parker was also popular with readers for his well crafted Jesse Stone and Sunny Randall series. Fans of westerns also enjoyed the adventures of Virgil Cole and Everett Hitch.
Here is an apt description of the appeal of his novels, as written by Joyce Saricks in NoveList:
“”While there are action and building tension as one would expect in a Mystery series, other elements provide readers with as much satisfaction as the plot. Descriptive settings (Boston or wherever his characters find themselves), strong supporting characters, dialog that drives these compelling stories, literary allusions, and plots that pull readers into the characters and the problems they face continue to make books best sellers, not to mention extensive descriptions of food and wine and the distinctive cadence of prose. While the central theme of books is how to live correctly, he also focuses on issues relating to women and children, and many of his characters’ cases reflect this interest.“

In Memorium - Robert B. Parker
https://haligonia.ca/in-memorium-robert-b-parker-10776/