The Indie Booksellers Choice Awards are voted on by independent bookstores. The longlist is quite long and I’m pleased to see that our library does have many of the books in our collection. Here is a small sample of some of the books in the running:

“Set in apartheid South Africa, Agaat portrays the unique relationship between Milla, a 67-year-old white woman, and her black maidservant turned caretaker, Agaat. Through flashbacks and diary entries, the reader learns about Milla’s past. Life for white farmers in 1950s South Africa was full of promise — young and newly married, Milla raised a son and created her own farm out of a swathe of Cape mountainside.

Forty years later her family has fallen apart, the country she knew is on the brink of huge change, and all she has left are memories and her proud, contrary, yet affectionate guardian. With haunting, lyrical prose, Marlene Van Niekerk creates a story of love and family loyalty. Winner of the South African Sunday Times Fiction Prize in 2007, Agaat was translated as The Way of the Women by Michiel Heyns, who received the Sol Plaatje Award for his translation.” – publisher 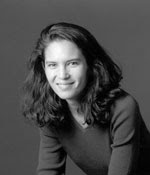 “Michelle LeBeau, the child of a white American father and a Japanese mother, lives with her grandparents in Deerhorn, Wisconsin–a small town that had been entirely white before her arrival. Rejected and bullied, Michelle spends her time reading, avoiding fights, and roaming the countryside with her dog Brett. She idolizes her grandfather, Charlie LeBeau, an expert hunter and former minor league baseball player who is one of the town’s most respected men. Charlie strongly disapproves of his son’s marriage to Michelle’s mother but dotes on his only grandchild. This fragile peace is threatened when the expansion of the local clinic leads to the arrival of the Garretts, a young black couple from Chicago. The Garretts’ presence deeply upsets most of the residents of Deerhorn–when Mr. Garrett makes a controversial accusation against one of the town leaders, who is also Charlie LeBeau’s best friend.

In the tradition of To Kill a Mockingbird, A River Runs Through It, and Snow Falling on Cedars, Revoyr’s new novel examines the effects of change on a small, isolated town, the strengths and limits of community, and the sometimes conflicting loyalties of family and justice. Set in the expansive countryside of Central Wisconsin, against the backdrop of Vietnam and the post-civil rights era, Wingshooters explores both connection and loss as well as the complex but enduring bonds of family.” – publisher

“It’s the ’90s Pacific Northwest refracted through a dark mirror, where meth and madness hash it out in the woods. . . . A band of hobo vampire junkies roam the blighted landscape—trashing supermarket breakrooms, praying to the altar of Poison Idea and GG Allin at basement rock shows, crashing senior center pancake breakfasts—locked in the thrall of Robitussin trips and their own wild dreams. A girl with drug-induced ESP and an eerie connection to Patty Reed (a young member of the Donner Party who credited her survival to her relationship with a hidden wooden doll), searches for her disappeared foster sister along “The Highway That Eats People,” stalked by a conflation of Twin Peaks‘ “Bob” and the Green River Killer, known as Dactyl. With a scathing voice and penetrating delivery, Grace Krilanovich’s The Orange Eats Creeps is one of the most ferocious debut novels in memory.” – publisher

Longtime fans will be thrilled to find so much of Barry Hannah’s best short fiction collected here; newcomers will be gratified to discover that this Mississippi native is, indeed, a Southern gem, a fearless writer with a passion for language and an affinity for the absurd and the grotesque, “political correctness be damned” (Miami Herald).

Although Hannah focuses more on ways of telling the story than on plot, readers will enjoy each tale’s ribald quirkiness. Says the New York Times, Hannah is “heir to the bitter humor of Mark Twain, the Roman Catholic gothic of Flannery O’Connor and the South’s outsize tradition of tall tales. … all puréed in his own eccentric Cuisinart of hick postmodernism.” All that, of course, is reason enough to delve into this Southern master’s work, and there’s no better place to start.” – Bookmarks Magazine

The Lonely Polygamist
by Brady Udall

0 0“Golden Richards, husband to four wives, father to twenty-eight children, is having the mother of all midlife crises. His construction business is failing, his family has grown into an overpopulated mini-dukedom beset with insurrection and rivalry, and he is done in with grief: due to the accidental death of a daughter and the stillbirth of a son, he has come to doubt the capacity of his own heart.

Brady Udall, one of our finest American fiction writers, tells a tragicomic story of a deeply faithful man who, crippled by grief and the demands of work and family, becomes entangled in an affair that threatens to destroy his family’s future. Like John Irving and Richard Yates, Udall creates characters that engage us to the fullest as they grapple with the nature of need, love, and belonging. Beautifully written, keenly observed, and ultimately redemptive, The Lonely Polygamist is an unforgettable story of an American family—with its inevitable dysfunctionality, heartbreak, and comedy—pushed to its outer limits.” – publisher