This was written in Unama’ki, also known as Cape Breton, the unceded and traditional lands of the Mik’maq People. We are grateful to the Mi’kmaq for their stewardship of this territory, so that we may all continue to be nourished by the generosity of the plants and animals therein.

I am Cree-Métis, raised by my mother and my grandmother on a homestead in Northern Alberta. None of my grandma’s children or grandchildren speaks Cree. This is a direct result of my grandmother’s experience at the Grouard Indian Residential School. Despite this immeasurable loss, among so many others, we maintained many of our food traditions and skills out of the necessity created by poverty and rural existence.

I have so many vivid memories of my grandmother’s teachings. As a child, I remember her smoking moose meat, called kakiwak. We would pound it with a hammer to make it soft enough to chew. I remember helping my grandma scrape hides for tanning, which she would then use to make moccasins to sell. I remember her taking me into the woods to collect birch bark to make berry baskets and I remember days spent along the Little Smoky River, filling those baskets with Saskatoon berries. I remember all of the uncles and aunties and cousins coming in the spring to help plant potatoes, and returning in the fall to harvest – enough potatoes to get our whole family through the winter. 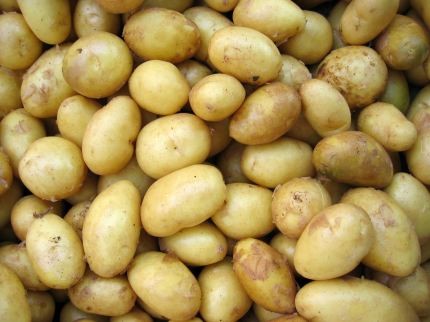 Fishermen would often drop off some of their catch because they knew how much my Grandma loved fish. She had an old table outside for filleting them. I remember my Grandma making fried bread, and timing it so that the dough was ready as we were getting home from school. She would make the dough in huge batches to last the week, her strong arms kneading expertly with the practice of decades. Other days she would make pans of bannock to dip in our stew. I remember the daily rituals, but the smells are what stay with me most intimately – smoke, yeast, lard, and melting snow. I cherish these memories, and I have come to realize the immeasurable value in them. These teachings were a gift from my grandmother. There is so much power in this knowledge, and more so in the recognition of it. Keeping these traditions alive is one way I exercise food sovereignty. I also do so by growing food for my family and others, while working with communities on building a more just, resilient food system for Unama’ki, which I now call home. 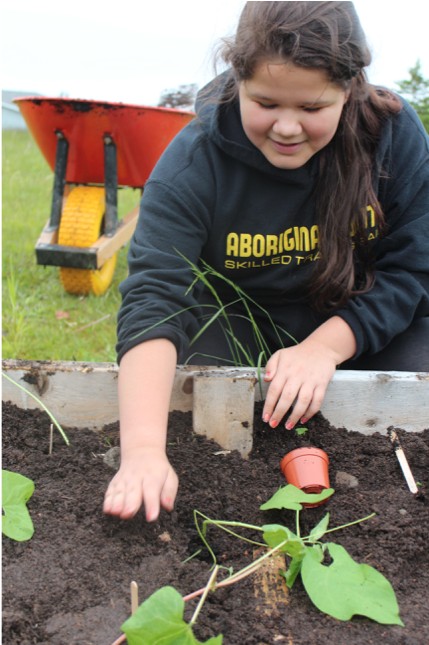 The term food sovereignty was born out of a need to go beyond food security. It is about food citizenship, emphasizing that people must have a say in how their food is produced and where it comes from. Food sovereignty is about process-taking control of our food system from the ground up. It is about reclaiming power over our food system and putting the power back in the hands of the people, where food is a fundamental public good rather than a commodity. This concept was proposed by La Via Campesina, a global peasant movement, and arose at the World Food Summit in 1996. Valerie Segrest, (a nutrition educator and coordinator for the Muckleshoot Food Sovereignty Project in the Pacific Northwest), describes that connected to food the term sovereignty takes on new significance as it names a community’s rich to define its own diet and shape its own food system “In tribal cultures, the word sovereignty holds significant meaning. It is what upholds our right to practice our culture.” Valerie explains, when her ancestors signed treaties, access to food was the first priority, so food sovereignty is really at the heart of tribal sovereignty and traditional foods are a pillar of her culture. “They feed much more than our physical bodies, they also feed our spirits and this is because they are a living link with the land and our legacy, helping us to always remember who we are and where we come from.”

While we all access our food within a colonial food system, the loss of sovereignty over what and how and where Indigenous Peoples access food has been central to their disenfranchisement and cultural genocide. Colonization has used food as a weapon. This began with the removal of people from their land and therefore, their traditional food ways.

Winona LaDuke, an Anishinaabe activist and founder of the Indigenous Women’s Network, has spoken and written on the cultural significance of food. “Food for us comes to us from our relatives, whether they have wings or fins or roots,” she says. “Food has a culture, it has history, it has stories, and it has relationships that tie us….” Winona tells the story of wild rice, Minomen, a sacred food. “It is the first food given to a child when they can eat solids and the last food before they pass into the spirit world.” It defines Anishinaabe People, who fought the genetic engineering and patenting of their wild rice. This is an act of food sovereignty. Even maintaining the traditions of the rice harvest is an act of food sovereignty.

A culture built around deep connection to the land and the plants and animals thereon cannot thrive without the freedom to move, to hunt, and to forage. The centralization of Indigeneous peoples to reserves in the Maritimes created a dependency on rations of non-traditional foods, like flour to make Bannock. The effects of this continue to be seen today as poverty, diet-related chronic disease and finally, a loss of “the taste” for country foods. Beneath loss of food access and rights to this access is the loss of the knowledge, perpetuated by intentional acts of assimilation, such as Indian Residential Schools and the 60’s Scoop. These measures reinforced generations of persecution, with deep consequences, including a loss of the language and practices so important to intergenerational sharing of food culture.

While there are many historical events that have contributed to colonizing the Indigenous food system, here are a few of significance: 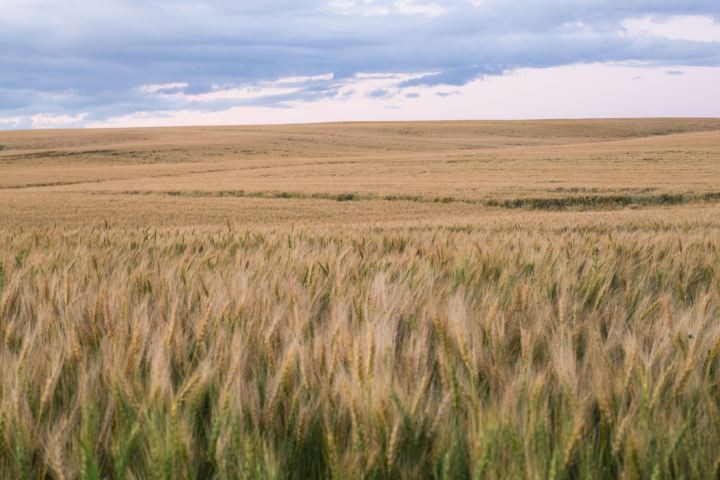 Our lands and waters, crucial to maintaining traditional, healthy diets, are under increasing pressure. Colonization, corporatization, poor harvesting practices, climate change, and a disregard for traditional, ecological land management practices have created a state of crisis in our environment.

Can we look to the thousands of years of good stewardship modeled by Indigenous Peoples to reverse the environmental collapse underway? It sounds radical, but is really just an urging towards simplification, and an ecological mindset that goes beyond individual well being to community health, and a balanced coexistence with the plants and animals we share these lands and waters with. The Mi’kmaq call this harmony Netukulink. It is about only taking what is needed, so that people and their environment can co-exist. Valerie Segrest says, “This (Indigenous food sovereignty) movement is just about remembering what we already know to be true and right, and more importantly sharing those memories in a way that promotes active citizenship and promotes us being active in our own food system.”

What You Can Do?

1. Explore Indigenous food knowledge in relation to ecological stewardship. In the face of climate change and other environmental stresses, Indigenous wisdom recalls thousands of years of harmonious existence with the natural world. This touches on forestry, fisheries, agriculture, mining, community development and more.

2. At all meetings and events, include an informed and heart-felt land acknowledgement. Know the treaty history in your region, and the traditional Peoples that have cared for the land you are on. Use this guide to find out what might be appropriate in different parts of Canada.

3. Inform yourself. At a recent Food Secure Canada conference, the resounding advice from Indigenous change leaders was for everyone to do their own learning – come to the conversation informed rather than expecting Indigenous people to share their painful stories for your benefit.

4. Be a strong ally. Here is a good resource on how to be a respectful and effective ally as we begin the journey towards truth and reconciliation.

d. A Guide to Food Sovereignty

Adventures in Local Food is your source for food news in Nova Scotia, from pickles to policy. It is a project organized by the Ecology Action Centre. Learn more about our program at https://www.ecologyaction.ca/ourfood