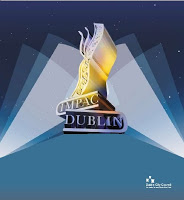 The 2011 International IMPAC Dublin Literary Award shortlist has been announced. This prestigious award celebrates the best in international fiction and the winner is chosen by public libraries from around the world. (How cool is that?)

Of particular interest this year is that Canadian author Michael Crummey has made the shortlist for the second time in his career. (Congratulations Michael!)

Also of note is that one of the shortlist titles was nominated by Halifax Public Libraries: Let the Great World Spin, by Colum McCann.

Here is the complete shortlist for your reading enjoyment:

Galore: a novel
by Michael Crummey

“An intricate family saga and love story spanning two centuries, Galore is a portrait of the improbable medieval world that was rural Newfoundland, a place almost too harrowing and extravagant to be real. Remote and isolated, exposed to savage extremes of climate and fate, the people of Paradise Deep persist in a realm where the line between the everyday and the otherworldly is impossible to distinguish.” – publisher

The Lacuna
by Barbara Kingsolver

“This is a gripping story of identity, connection with our past, and the power of words to create or devastate. Like no other novel yet written, it illuminates an era when bold internationalism gave way to a post-war landscape of narrowly defined ‘Americanism’. Crossing two decades, from the vibrant revolutionary murals of Mexico City to the halls of a Congress bent on eradicating the colour red, The Lacuna is as deep and rich as the New World itself.” – publisher

The Vagrants
by Yiyun Li

“Writing with profound emotion, and in the superb tradition of fiction by such writers as Orhan Pamuk and J. M. Coetzee, Yiyun Li gives us a stunning novel that is at once a picture of life in a special part of the world during a historic period, a universal portrait of human frailty and courage, and a mesmerizing work of art.” – publisher

“Lyrical, immediate and heartbreaking Malouf’s fable engraves the epic themes of the Trojan war onto a perfect miniature – themes of war and heroics, hubris and humanity, chance and fate, the bonds between soldiers, fathers and sons, all newly burnished and brilliantly recast for our times.” – publisher 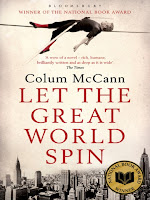 “New York, August 1974: a man is walking in the sky. Between the newly built Twin Towers, the man twirls through the air. Far below, the lives of complete strangers spin towards each other: Corrigan, a radical Irish monk working in the Bronx; Claire, a delicate Upper East Side housewife reeling from the death of her son; Lara, a drug-addled young artist; Gloria, solid and proud despite decades of hardship; Tillie, a hooker who used to dream of a better life; and Jazzlyn, her beautiful daughter raised on promises that reach beyond the skyline of New York. In the shadow of one reckless and beautiful act, these disparate lives will collide, and be transformed for ever.” – publisher

“Late on a hot summer night in the tail end of 1965, Charlie Bucktin, a precocious and bookish boy of thirteen, is startled by an urgent knock on the window of his sleep-out. His visitor is Jasper Jones, an outcast in the regional mining town of Corrigan. Rebellious, mixed-race and solitary, Jasper is a distant figure of danger and intrigue for Charlie. So when Jasper begs for his help, Charlie eagerly steals into the night by his side, terribly afraid but desperate to impress.” – publisher

“It is Ireland in the early 1950s and for Eilis Lacey, as for so many young Irish girls, opportunities are scarce. So when her sister arranges for her to emigrate to New York, Eilis knows she must go, leaving behind her family and her home for the first time. Arriving in a crowded lodging house in Brooklyn, Eilis can only be reminded of what she has sacrificed. She is far from home – and homesick. And just as she takes tentative steps towards friendship, and perhaps something more, Eilis receives news which sends her back to Ireland. There she will be confronted by a terrible dilemma – a devastating choice between duty and one great love.” – publisher

Love and Summer
by William Trevor

“In spare, exquisite prose, master storyteller William Trevor presents a haunting love story about the choices of the heart, and the passions and frustrations of three lives during one long summer. Ellie is a shy orphan girl from the hill country, married to a man whose life has been blighted by an unspeakable tragedy. She lives a quiet life in the Irish village of Rathmoye, until she meets Florian Kilderry, a young photographer preparing to leave Ireland and his past forever. The chance intersection of these two lost souls sets in motion a poignant love affair that requires Ellie to make an impossible choice.“- publisher

After the Fire, a Still, Small Voice
by Evie Wyld

0 0“Set in the haunting landscape of eastern Australia, this is a stunningly accomplished debut novel about the inescapable past: the ineffable ties of family, the wars fought by fathers and sons, and what goes unsaid. After the departure of the woman he loves, Frank drives out to a shack by the ocean that he has last visited as a teenager. There, among the sugarcane and sand dunes, he struggles to rebuild his life. Forty years earlier, Leon is growing up in Sydney, turning out treacle tarts at his parents’ bakery and flirting with one of the local girls. But when he’s drafted to service in Vietnam, he finds himself suddenly confronting the same experiences that haunt his war-veteran father. As these two stories weave around each other- each narrated in a voice as tender as it is fierce- we learn what binds Frank and Leon together, and what may end up keeping them apart.” – publisher