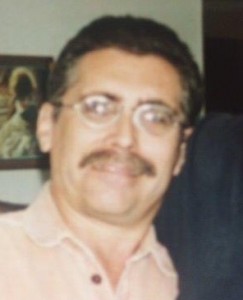 Investigators continue to seek the public’s help locating a missing Halifax man, who we originally reported as missing on May 11.

Sixty-year-old Joseph Stanley Amiro was last seen on May 1 at 8:41 p.m. leaving the QEII Health Sciences Centre. Joseph was reported missing to police on the evening of May 8.

It is believed that Joseph walked to Gerrish Street after leaving the QEII Health Sciences Center. Police are wishing to speak with anyone who may have seen a man walking with a cane matching Joseph’s description in that area on May 1.

Joseph is described as a white man, 5’, thin build, with grey hair and grey facial hair on his chin. He was last seen wearing a green jacket, blue jeans and walks with a copper colored cane with black electrical tape on the bottom.

There is no information to suggest that Joseph has met with foul play, however, it is unusual for Joseph to be out of contact with family and friends for this period of time, therefore police continue to be concerned for his well-being. Officers request that Joseph or anyone with information on his whereabouts calls police at 902-490-5020.