[in case you are desperately trying to figure out what to wear to tonight’s AFF gala, we decided to give you a bonus post today. Lucky you. – L-A]

The air is crisp, the mornings brisk, and big fat fall fashion issues take over newsstands [le sigh]. Local harvest is bountiful, stores are full of my favourite season’s offerings, and there are lots of fresh … films!

Yes kittens, it’s film fest time!! Yes, of course, TIFF, but our fair city also has a top-notch event of our very own! If you didn’t already know that, shame on you. If you are already a fan, you might already have a few things planned over the next ten days.

So as a nod to one of our city’s top events, the Atlantic Film Festival, let’s talk about one of my favourite things – red carpet!

I am a total event show junkie. LOVE them. I could care less that the actual show sucks (and let’s face it, most often, they do). But we all know we don’t watch for the production, it’s the dresses! Who shows up with who! Awkward moments! (yes Kanye, everyone’s talking about you). And don’t even pretend you care about what the dudes are wearing, ‘cause you don’t.

Moving on … Film festivals! Using Penelope as an example, let’s see what these things are all about. (shut up! No, she can’t act in English, but she is adorable. And classy. No matter what she does, don’t EVER forget that she always rocks the red carpet and uttered one of the best lines in film history: “I think she’s the saddest girl to ever hold a martini.”

Sundance is all substance, low glam (and they HAVE to wear coats and hats…it’s January. In UTAH…).

Cannes is glam to the max – outwit, outlast, outplay, out DRESS!

Penelope in Roland Mouret. Rumour has it she is concealing a bump, pregnant with longtime love Javier Bardem’s child. Nice draping. Well played.

and AFF is … relaxed cocktail!

So you are probably not going to see Mouret, Dolce or Marchesa in Halifax. Or Penelope Cruz. And, I’m not going to lie to you, I’ve seen a plaid shirt on a Halifax red carpet before.

OK, so these are musicians (Two Hours Traffic) – we all know that they march to the beat of their own drummer (hah!) – it is also not on the red carpet…but it’s all I could find!

Anywho…That’s what makes us so charming! Everyone fits in, anything goes.

So here are some of my favourites, some recent red carpet hits from TIFF:

I LOVE this girl. I think she would be excellent to hang out with. Who can forget the classic film moment, the sleepover Pat Benetar dance from 13 Going on 30?? We are young. Heartache to heartache we stand. FIERCE.

Match made in heaven: Naomi Watts in Stella McCartney

Amber Heard at the screening of the film “The Joneses”. Could not find who she’s wearing. Or who she is, for that matter…Awesome dress though, and she looks fab. Tres old Hollywood.

Lovely Halifax girl Ellen Page at Whip It premiere with a slightly insane looking Drew Barrymore. I love Drew, but…

Lainey says, “The true Drew is far from cute. The true Drew is formidable. Which is better.” Yes, awesome. But that doesn’t help me love her in this Alexander McQueen number. It’s one of those things that just doesn’t add up…the lace is spectacular, the colour is gorgeous, and the shape is perfect. But it looks like she just stepped into a gigantic tattoo. Other people seem to like it, but I just. Don’t. Know…Plus, look closely at the hair, the dark tips. Whaaaattt? ‘nuff said.

Jennifer Connely in … something too tight around the girls.

Amanda Seyfried in … something that’s a pretty colour!

And since this year’s Opening Night Gala is the world premiere of the Trailer Park Boys, let’s look at some misses, which can actually work as trailer park chic! See, no one loses! If we’re lucky, we will not only see plaid, but track suits and flame emblazoned shirts!

Here’s some of the cast

Um…did you know that Comic Con has a red carpet? For reals! And any of these looks would rock any AFF red carpet.

Thanks to http://www.redcarpet-fashionawards.com/ for the awesome info and pics!

Local shops like Sweet Pea, Love, Me, and Pretty Things would have great little dresses that scream red carpet. If all else fails, you could hunt down this Banana Republic beauty

Me? I’m recycling. My husband is I am on a budget, so I’m forced to beg, borrow and dig into the archives. I think I will wear this BR from holiday 2007. I might switch it up though, with a wide black belt, some leggings and black patent peep toe stilettos.

If I’m feeling edgy, I might throw my new Joe Fresh jacket on

Now go work that red carpet! And be sure to catch some movies while your at it…

L-A: I don’t have a red carpet dress because alas! I am not going. Although, if you are in need of a plus one, I get off work at 7pm. Just saying. (I’m kidding. sort of.)

Moving along, I’m going to address some of the TIFF points that Jo brought up. Like Drew Barrymore:

(p.s. all my TIFF pics found on Toronto Life)

I’m of two minds about that lacy Alexander McQueen dress she wore. It’s weird, but I don’t completely hate it. I almost like it. I am not of two minds about her hair. I don’t even know what is up with that. Worst hair ever? Yes, I think it might be.

Trailer Park Chic? You can totally do that. Some TIFF party attendees did so unintentionally:

And nothing says Trailer Park classy like a trio of Playboy bunnies:

Except, they don’t leave the house for under $10k. And they have to travel in a pack. So this may not be your best accessory choice.

Some dresses I liked at TIFF and would totally wear/recommend wearing if I was going to a film fest party:

I even like the fringey bit on Erin Karpluk’s dress. Patricia Clarkson pretty much always looks great. And hey! both have bows on their shoes. TIFF trend?  The other two girls have maybe gone a little too pale, but I kind of like what they’ve got on.

Some looks I’m going to ask you to avoid:

there is no need to dress up like a Christmas ornament. Unless you are dancing in the Nutcracker. Which she is not.

Sook-yin is kind of okay on the top half, but with the white jeans and chunky shoes? Nononono.

And for the dudes, if it is a fancy dress event, then at least try to dress fancy. Even if you are famous, you should try. Unlike these guys: 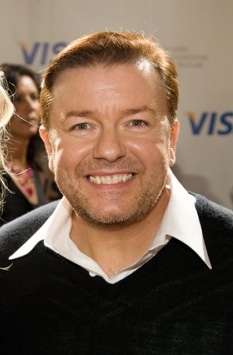 Anyway, I know this was a lackluster post on my part, I apologize. It’s one of those days. But for those of you attending the party tonight: look fab and have a great time!

It’s fall and the leaves aren’t the only thing turning red…
https://haligonia.ca/its-fall-and-the-leaves-arent-the-only-thing-turning-red-5728/