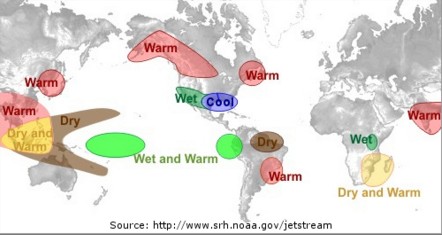 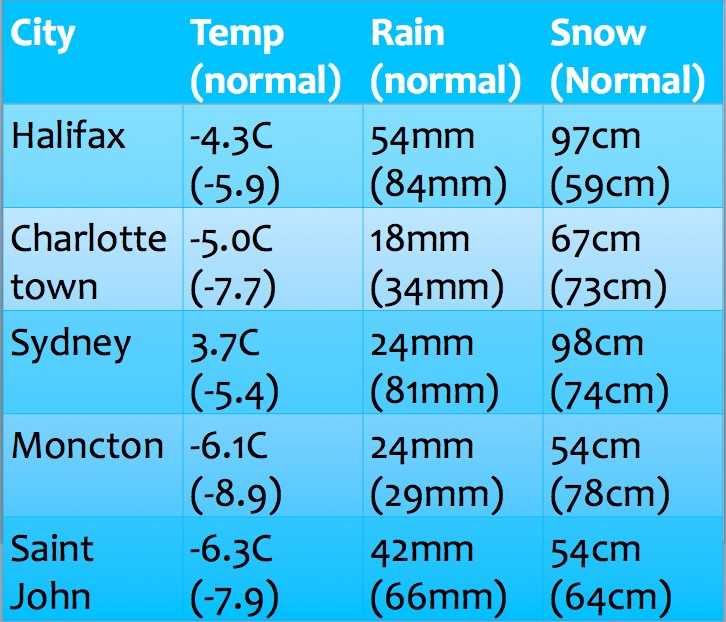 Even though average temperatures were above normal, rainfall was below normal. In fact, snowfall was above normal in Nova Scotia as a couple of Nor’easters affected that province.  Snowfall would have been much higher had the big blizzard moved a bit further north. Snow amounts were however  below normal in New Brunswick and pretty close to normal in Prince Edward Island.

All in all, I would say it was a manageable month, satisfying both those who enjoy winter weather, as well as those who dislike cold temperatures and difficult driving. 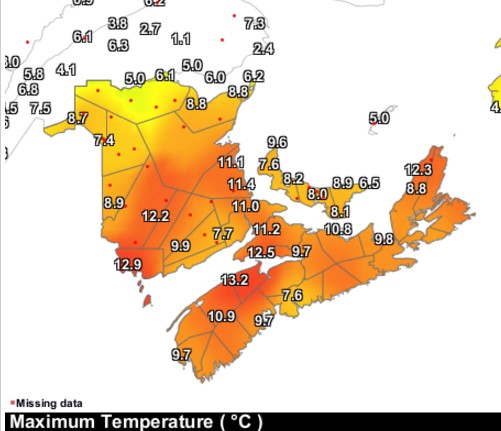 It would appear that February is likely to be similar… with the first day of the month breaking records in a number of Maritime locations.  Greenwood’s 13.6C was the warmest in Canada. This is in stark contrast to 2015 when severe winter weather started in late January and persisted into April. Nevertheless, as we saw in Nova Scotia in January, above normal temperatures do not necessarily mean less snow.

In fact, scientists are discussing the fact that since the atmosphere contains more moisture with warmer temperatures, a warmer climate may not substantially reduce the risk of extreme snowfalls (for example: http://www.climatecentral.org/news/future-of-epic-blizzards-warming-world-19949?utm_content=buffer14068&utm_medium=social&utm_source=twitter.com&utm_campaign=buffer ). 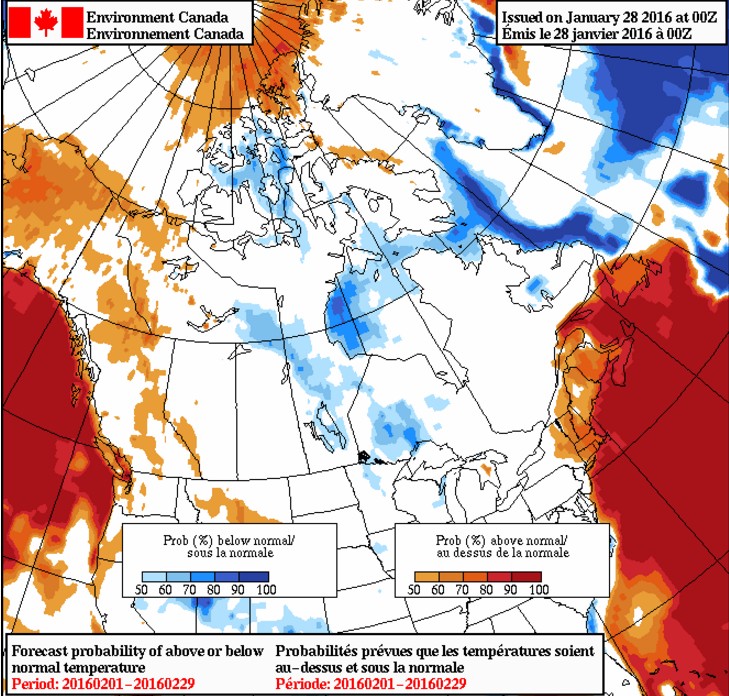 Jim has spent about 40 years in the weather business. He has been an operational forecaster from Halifax to Whitehorse. Jim started the Canadian Hurricane Centre, and has flown into a couple of these storms. As a senior executive within Environment Canada, Jim has managed weather research, weather services, and weather/water/climate observing programs. Retired from Environment Canada, Jim is the Atlantic Director for the Canadian Climate Forum, the president of the Halifax chapter of the Canadian Meteorological & Oceanographic Society, a partner in Climaction Services, and a part-time meteorologist on CBC radio. He is still participating in national and international activities related to weather preparedness. Having witnessed unprecedented advances in the science and technology of meteorology. Jim hopes that this blog will also be educational; enabling users to better understand weather-related phenomena, better interpret available information, and ultimately better able to make decisions to protect themselves, their family and their property. Jim welcomes any questions and suggestions.

There are a fair number of folks that ask me for a travel outlook.  Decided there may be some value in sharing a post on that topic.

This is a busy time of year; travellers should try and be patient… flights are sometimes...