Spring has sprung and the Halifax Public Libraries are celebrating with our annual Jazz up Your Spring series of programs where local branches are filled with the sounds of jazz music performed live by local musicians. The Reader didn’t want to miss out on the fun – why not check out one of these great novels that are infused with the sounds of jazz? 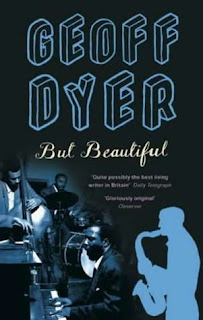 1929 by Frederick Turner: The life the enigmatic and talented Bix Beiderbecke, a great musician who lived fast and died young. A story of the Roaring 20s in their glory, glamour and excess. Richly described historical fiction.

But Beautiful by Geoff Dyer: Subtitled “a book about jazz” this book is a re-imagining of the lives of 8 great jazz musicians of the 1950s. In 1992, The title was selected as a winner of the Somerset Maugham Award for authors under 35. Publishers Weekly said: “The colorful essays are sometimes excessively fanciful, and they capture the atmosphere of alienation that surrounded these men who … seemed to function only when making music.”

Coming Through Slaughter by Michael Ondaatje: More fictionalizing of real lives, this time that of Buddy Bolden, a New Orleans ragtime trumpeter who became afflicted by a psychological ailment at the height of his career and was confined to an asylum. Ondaantje’s novel is considered a challenge by many readers – it’s writing style following the reputation of the music is portrays: experimental, jarring but beautiful and to one person genius and to another incomprehensible. 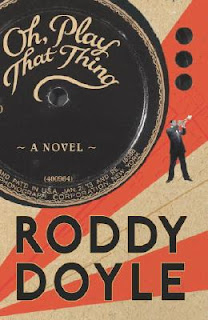 Jazz by Toni Morrison: Not a book about jazz, but one with the sounds and influence of jazz running all through it. A story based around the murder of a teenage girl by her older lover and the ripples through the community caused by the crime.. In its starred review of the book, Booklist magazine said “When you finish reading [Morrison’s] new novel, you sit very still, trying to hold onto its bittersweet music for as long as you can.”

Oh Play That Thing by Roddy Doyle: The second volume of Doyle’s Last Roundup Trilogy which in volume one set itself up as a story of Ireland and the Irish Revolution, takes a surprising turn when the trilogy’s main character Henry Smart moves to America and becomes firmly ensconced in the Jazz Age. Moving to Chicago, he becomes the right hand man of none other than Louis Armstrong.

Jazz up Your Spring
https://haligonia.ca/jazz-up-your-spring-1722/