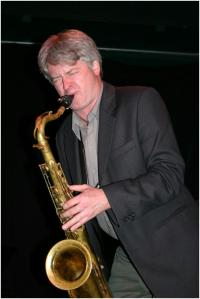 The final show of the 2014-2015 Dartmouth Community Concert Series features the smooth stylings of the Mike Murley Jazz Trio.

The Toronto-based Murley fills Hello Dartmouth readers in on his Maritime roots and his passion for jazz.

How did you first become interested in jazz music?

MM: I was born in Truro but grew up in Windsor where we had a great high school band program led by Brian Johnston. When I was in grade 7 and 8, we traveled to Toronto for national band festivals and I had the opportunity to hear some iconic Canadian jazz bands (Rob McConnell’s Boss Brass, Nimmons and Nine). This inspired me at a young age to become a jazz player. Ironically I would eventually end up working and recording with Rob and Phil and many of the other musicians I heard.

But before that I was lucky enough to play a lot of gigs at a young age on the electric bass in country and rock bands, mostly around the Windsor and Valley area. But sax was my first choice, and I eventually stopped playing bass.

Tell us a bit about the life of a musician. What’s great about it? What’s not so great?

MM: Playing music and growing as an artist is an ongoing reward. Jazz music is especially wonderful because your playing changes as you get older and you start to distill your ideas as an improviser. I love hearing jazz musicians still playing at a high level in their 70s and 80s. It is very inspiring.

I never had a “day job” until I began teaching part time at the University of Toronto in 1993. I have now held a full time position there for 4 years, which has come at time in my life when I appreciate the stability and also the opportunity to work more closely with some wonderfully talented young musicians. I still enjoy the opportunity to travel and perform when it happens, but i feel I can now pick and choose more of what I want to do. And there is still a good amount of jazz work in and around Toronto.

What’s not great? On a broader scale I would love to see jazz music and art in general supported more by the federal government. Not to be political but it is a crime what has been done to the CBC and arts agencies over the past ten years. When I play in Scandinavia I appreciate how the government and citizens there support art and how there is an understanding this is a good thing for both the society and the economy. There is some decent art support in Canada (compared to the US at least) but as I said, the CBC in particular is a hollow shell of its former self.

What can people expect from your program at the Dartmouth Community Concert? Who will be playing with you in this concert? What do they bring to the mix?

MM: It is a trio concert with bassist Tom Easley and drummer Tom Roach. I often play with the Toms when I am in Nova Scotia. They are both real pros and I always enjoy working with them. Easley is as solid a bassist as you will find anywhere and knows how to anchor the band. Roach is a very creative drummer who understands how to interact with a jazz soloist. We will be mostly playing jazz standards so it will be a fairly mainstream jazz concert. The only unusual thing for some listeners might be that we have no chordal instrument (piano or guitar) so the emphasis of the music turns more towards melody and rhythm. We will also be playing a couple of my original compositions including an old “hit” song of mine dedicated to Cape Split (I often play this on gigs in NS).

Anything exciting coming up?

MM: I have a concert with my Septet at the National Arts Centre in Ottawa the night before my Dartmouth show. In the summer I am playing a duo concert at the Halifax Jazz Festival with pianist Holy Arsenault on July 10. I also have a CD release concert with drummer Jerry Granelli on July 14 at 1313 Hollis St. I may be back east in the fall with saxophonist Tara Davidson (depending on grant funding). Besides that, it is my usual Toronto-area gigs and a short trip out west in June. My next trip abroad is not until next Feb (Denmark/Sweden).

Mark your calendars for Saturday, May 9th at 7:30.The concert will be FREE for people who subscribe to the 2015-2016 season! Visit the website here for more information.

Jazzing it up with Mike Murley and the Dartmouth Community Concert Association
https://haligonia.ca/jazzing-it-up-with-mike-murley-and-the-dartmouth-community-concert-association-105686/