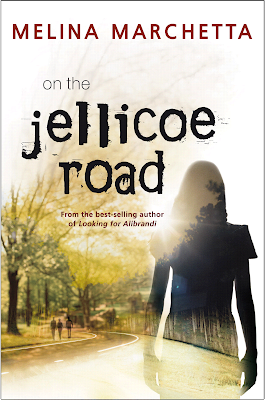 It seems to me that Young Adult fiction is becoming way more mainstream. Maybe it started with Twilight Moms, but more and more I see adults reading YA books, which is great because, as I’ve said before, YA books are often written with more intelligence, humour, and creativity than their adult counterparts.

At my library branch, there is one book in particular that’s been making the rounds of the staff, and has been, as far as I know, LOVED by everyone. That book is Melina Marchetta’s Jellicoe Road. It recently won the 2009 Michael L. Printz award which recognizes literary excellence in YA literature.

From an Australian author, it’s a bit of a sleeper hit, and it begins as a difficult read but I offer you a money back guarantee (or, more realistically, a shocked apology) that if you persevere through the first little bit when you’re thrown in to the story and you have no freaking clue what’s going on, that it will all be worth it. And then some. Seriously. This book is so good, that it practically defies description. It’s a love story, a mystery, a coming of age story, a story about friendship, family, redemption, loss, sex and romance, and there’s even a bit of fun tossed in.

There are parallel stories. The main story is of Taylor, who was abandoned on Jellicoe Road by her mother when she was young, and was raised by an emotionally distant but beloved woman who may or may not have some past connection to Taylor. Taylor’s story also features a ‘war’ between the school houses of her boarding school, the local townies, and the young cadets who train nearby. The origins of the ‘war’ are shrouded in not mystery so much as a misunderstood history.

The second story is that of the young children (a brother and sister, and an only child) whose respective parents all die in front of them after a terrible car crash. Their stories are somehow part of Taylor’s memories, but not part of her life. A synopsis cannot do this book justice. Just read it. 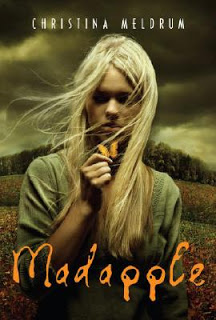 Because so many of my colleagues have become devotees of Jellicoe Road, I’ve been trying to come up with some similar titles. It bears some resemblance to one of my childhood favs, Cynthia Voigt’s Homecoming. The human and family drama, not to mention the sexiness of the main characters is reminiscent of Ian McEwan’s Atonement. In desperation I turn to Amazon which tells me that I might also enjoy The Graveyard Book by Neil Gaiman (which I did; it has a similar tragic family theme and haunting sadness), or Madapple by Christina Meldrum (which slowly doles out back story to explain current situations, and examines human nature and familial relationships).