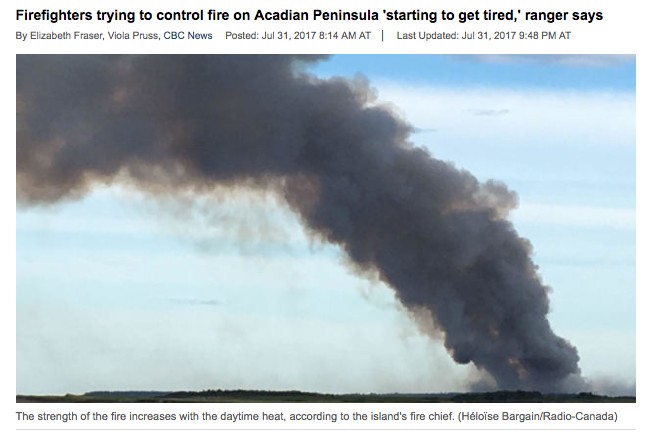 The low rainfalls were the most remarkable statistic for the month of July.  New Brunswick was particularly dry, with between one-third and one half of the normal rain totals. Most of the rainfall in Charlottetown was associated with two events.  Although Halifax airport recorded an above normal 145mm, almost half of that was recorded in the first two days of the month.  I had 97mm in my CoCoRaHS rain gauge in the city.

Temperatures were pleasantly near normal across all three provinces for July. 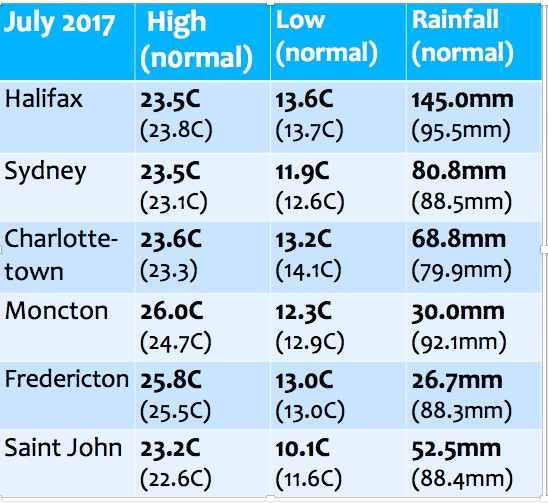 August is beginning warm and dry, with showers possible on the weekend with a cold front (that will clear the humidity), and perhaps another system in the middle of next week. 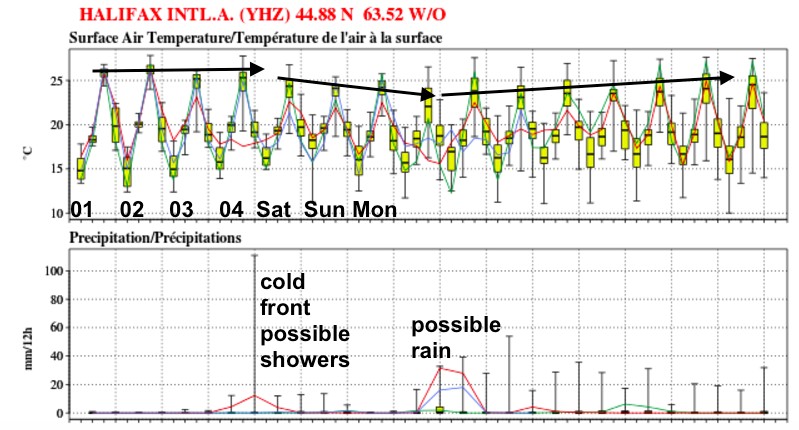 The month is forecast to have near or above normal temperatures persisting. 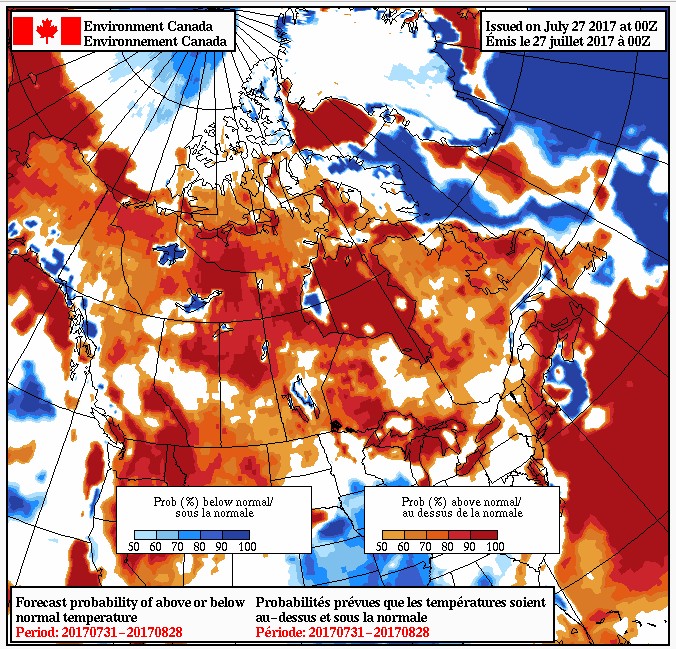 As we move further into hurricane season, we have already had the fifth named storm.  Emily has crossed central Florida, with the weak leftover system passing well south of the Maritimes later in the week.

Sea surface temperatures are well above normal south of Nova Scotia, so any storms approaching our region may be reluctant to weaken.  Certainly, some folks would welcome the heavy rainfalls from a leftover tropical system. 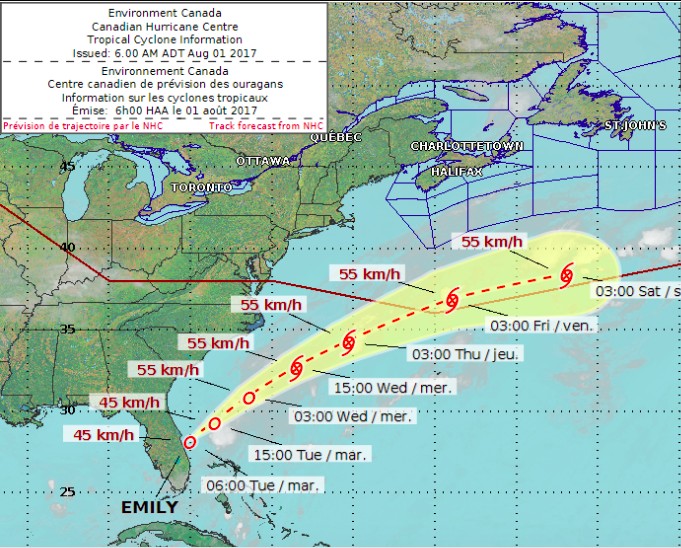 July Was Dry… Great For Outdoor Activities, Not For Forests Or Farms
https://haligonia.ca/july-was-dry-great-for-outdoor-activities-not-for-forests-or-farms-200233/