This weekend I finished reading The Dinner by Herman Koch. It took less than a week to read, because every time I found a spare moment I was picking it up.

The Dinner is a translation of a Dutch novel, and it remains set in Amsterdam.

It was a fascinating read, and I don’t think I can really compare it to anything else I’ve read recently. In tone, perhaps, it’s most similar to Gone Girl. The unreliable narrator of The Dinner means you’re always wondering what exactly the truth is, and the story becomes more and more twisted as you carry on.

I don’t want to say too much, or else I’ll spoil it for you. It’s an intriguing, dark read that will make you question your own assumptions. If you’ve already read it, keep reading. 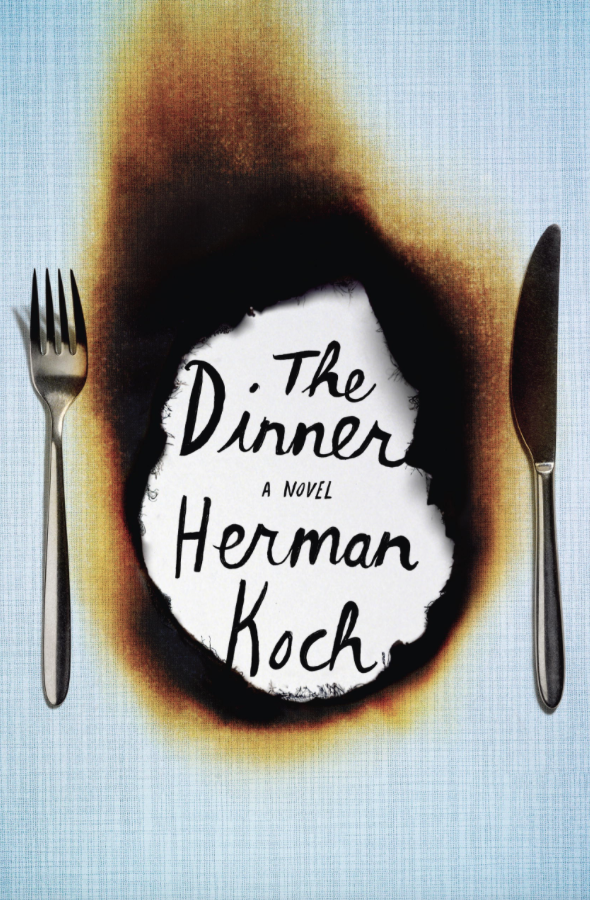 Alright, now that it’s just us – how insane are these characters?!

My favorite thing about The Dinner was how it made me question the judgments I’d made early on. We’re meant to relate to Paul, the normal guy, and share his disdain for his basic, disingenuous brother. It was incredible how as the book went on, we discovered just how sick an individual Paul is. Twisted, violent, selfish, egomaniacal – and he was instilling those same values on his son. And his wife, she shares them too.

Yet, his brother – sure, he was unlikable and annoying and you want to roll your eyes at him. But he’s the good one, he’s the right one.

It was such a cleverly written book, such a smart way to make the reader rethink every single judgment he/she made.

At times, I did get a little antsy with the setup of the book. The way it rolls out over the course of a dinner, at times it dragged. Once we really started to get into the history, it came alive. And looking back, we needed that minutia to initially relate to Paul. We bonded with his character because he was looking down on the pretentious ones, his snobby brother and the snobby restaurant. Paul is the one who respects his wife, who admires her superior intelligence. We’re meant to prefer him to his boorish brother, who seems to see women more as objects of desire than equals.

Once we get into the meat of the story, we realize that Paul isn’t just above pretentious snobs, he thinks he’s above everyone.

The callousness with which Paul and his family talk about the murdered homeless woman is astounding, and I can see it maybe turning some people off the book. But for me, it added to the novel. These characters are psychos, all of them, and I ate it up with the same shock and desire to know more as I did Gone Girl.

“Paul’s ranting about fashionable restaurants and politicians’ naked ambition may stir pleasure in many a reader’s misanthropic heart. Some reviews suggest it’s possible, at first, to believe that Paul is clearheaded and sane, although this was at no time my experience. (Familiarity with the obsessive, unreliable narrators of Bernhard’s fiction may be helpful in this regard.) But as we come to understand what has brought about this dinner, and what is at stake, it is impossible to continue to side with our narrator.”

Claire Messed, the writer, is referring to a popular Austrian writer there. In the beginning of the review, she talks about how North American audiences tend to want their main characters to be likable. Apparently in Europe, that’s not the case.

I’m not familiar with Koch or Bernhard, and I think it’s probably pretty accurate to describe me as a bit of a misanthrope. (April Ludgate of Parks and Recreation is my spirit animal.) So yeah, I thought Paul seemed fine in the early stages of the novel. I thought he resented a brother who had been changed by the fame and thirst for power that politics brings out in people. I hate politics, so I easily sided with him. I’d be very interested to know how others responded to Paul in the early pages of the book.