Saturday Night Live wrapped up the season this weekend with a stellar episode hosted by Justin Timberlake, and with Lady Gaga as a musical guest and excellent sketch contributor. I actually watched the episode since I’ve been a fan of JT’s past hosting gigs and am a bit of a Little Monster, and I was so impressed. I was trying to pick out my favorite sketches and so many stood out. I was most surprised by Lady Gaga, though. She takes her music/performance art/whatever it is SO seriously, and I’ve always admired her commitment to her wackiness, but I wasn’t sure she’d be able to pull off being funny. She did, though, and I was really impressed. Now, here’s Allison’s review of the whole episode! 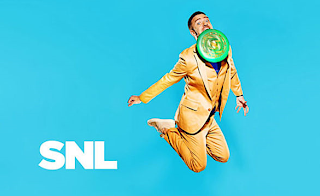 Saturday Night Live two other times and both have been so successful. He is a host who the writers actually use to be the funny one in the skit, not the straight character. While I write this review I will point the many ways he is ridiculously talented. Also Lady Gaga played a huge role in the show, so much so it should have been stated she co-hosted.

Opening Skit
Thank God I watch Jon Stewart or I would not get this skit. So Mr. Straus Kahn is a famous economist who was recently accused of sexually assaulting a hotel maid. No laughs from this. It must have been exciting for Jay Pharoh and Taran Killam (Robin Sherbatsky’s real life baby daddy) to say those famous words though.

Monologue
JT is so cute in his little suit singing his monologue. He sings a song about what he won’t be doing, which is singing, singing high, singing to an audience member, wearing a fedora and my favorite, singing in the rain. I feel like he may have written a bit of this song. Oh, and JT is a little sweaty under the armpit area. I bet it would still smell amazing.
Timberlake talent: A duh, singing 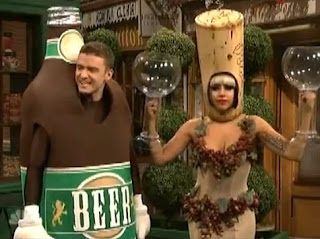 Liquorville
He has done this skit both times he has hosted. I love the way he can dance in these awkward costumes, it’s impressive. This time his competition was Kristen Wig (who looked a lot like my Mom) trying to sell tea and more specifically tea bagging. During his song selection he did a shout out to Canada and DRAKE! So GaGa shows up as a wine mascot. Funny how that outfit didn’t look outrageous on her. I bet when they approached her with this idea she was like, “Oh I wore a cork screw hat and wine glass sleeved outfit during an appearance on a Spanish talk show. I’ll bring that.”
Timberlake Talent: Rapping and rocking a beer bottle costume.

Veteran Reporter
So it’s the return of Herb the 80 year old reporter to cover a story on a school evacuation. Just Timberlake played the concerned hippie art teacher who Herb interviews. Every time I hear that microphone hit the actor it sounds like it hurts. This skit is now a little predictable, for example Herb always pretends to die then comes back to life.
Timberlake Talent: Still being good looking in that awful wig. 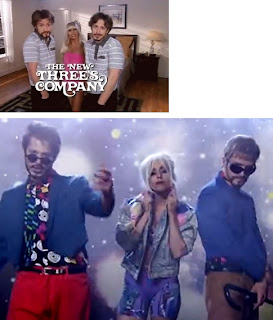 Digital Short – When it’s in a three way
So here is part three to Andy Samberg and JT’s musical collaboration. This time the boys realize they picked up the same girl (played by Gaga) and opt for a three-way, which according to them is not gay. Now this was funny, but not laugh out loud funny. Visually this skit was priceless, I love the way they play with those old 90’s styles, like the overalls with the insane colours, and the Zack Morris phone. However, the lyrics were just not hitting the funny bone like their previous song. I did love the deadpan delivery of Gaga walking into the bedroom saying, “You guys are still here.” HA HA!
Timberlake Talent: Helicopter #@%*! Helicopter #@%*! Helicopter #@%*! Helicopter #@%*!

Weekend Update
Oh Arnold jokes, they are just too much fun. Update’s special feature is “Get in the Cage” with Andy Samberg’s impression of Nick Cage and Bradley Cooper. First of all thank God Bradley got rid of that gross long hair. (Hey I sound like Matt from Survivor!) Andy’s impression of Nick Cage is so dead on, his voice is raspy yet intense. Wow! That was a short weekend update. And what better way to end the year than with Stefan and Seth grabbing their bags and heading off into the sunset.
Timberlake Talent: Not there

Robots
This skit was done before, creepy robots in the tunnel of love slowly come to life. I am so jealous of the actress who got to kiss JT, even though it was a robot kiss I still imagine it was nice and soft.
Timberlake Talent: Bad-ass robot moves

Secret Word
Man, again with the using a previous skit. This one is getting old, nothing spectacular to report.
BUT
Timberlake Talent: Did you see that spoon float into the air?

What’s that name
Justin Timberlake and Lady Gaga are guests on “What’s that Name?” While Justin fails at remembering the name of a girl he slept with two weeks ago, Gaga excels at it remembering the name of an audience member at one of her concerts who said, “I like your music.” I think it’s brave that JT was ok with portraying himself as a man whore. Is Jessica Biel screaming into a pillow as we speak? So Justin admits he can’t remember the names of people he meets casually so the host of the show brings on one of the members of N’SYNC. “I was in N’SYNC with you but I was not Lance Bass, you, or Joey Fatone.” Justin guesses, “Charty.” Ouch, poor Chris Kirkpatrick. Never fear guys, according to imdb, he does some voice work. He’ll be fine.
Timberlake Talent: Comedic timing was dead on

Barry Gibb Talk Show
I am surprised this was at the end of the show. Jimmy Fallon makes a guest appearance as Barry Gibb (“I’m Barry Gibb, God Dammit”) and Justin plays his less intense brother Robin. They talk about important issues while using their threatening high pitch voices. My favorite part of the sketch is when Robin Gibb refuses to talk and Barry pleads, “Say something; it’s me, your brother.” HA HA! The only way to revive Barry is a gold medallion defibrillator. That chest hair will give me nightmares.
Timberlake Talent: Keeping a straight face with Jimmy Fallon screaming and performing high kicks.

Overall, Justin was excellent and was a great way to finish this season. I was surprised that every skit was was done before. I wouldn’t say this is the writers running out of ideas but a way to ensure a successful show by using material the audience enjoys. Gaga was a great addition but I felt it was too much when JT is amazing by himself. Her comedic talent is pretty good that they should invite her to do a whole show and make her wear regular clothing the WHOLE time. Now THAT would be some acting.

Well that’s it for the season. Thanks for reading my few submissions.

Just-in-time for the finale: Justin Timberlake on SNL
https://haligonia.ca/just-in-time-for-the-finale-justin-timberlake-on-snl-38263/