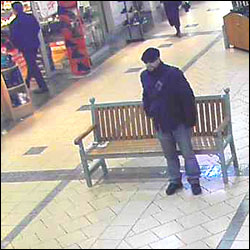 Yesterday, the warrant for 39-year-old Kenneth Curry Sykes, who was wanted in connection with a robbery last month in Sunnyside Mall, had been extended Canada-wide.

As a result of the investigative efforts of the Integrated General Investigation Unit (GIS) and West Division Patrol Officers Sykes was arrested at a residence in the Fairview area at approximately 1 a.m.

The arrest occurred without incident and Sykes was to be interviewed by officers throughout the night. In addition to the mentioned charges additional charges may follow.

Sykes will appear in Halifax Provincial Court Monday February 20 th to be arraigned on all of his charges.