I was at my work computer early one morning, before many of my colleagues had arrived when I googled “How to find out if I am depressed”. If the Internet was good for anything, it should be able to help me self-diagnose what was going on. Right?

Growing up, I had an interesting relationship with my mental health. I can’t seem to untangle what was simply intense teenage angst and what was a serious will to die. I wrote it all down in a journal that my parents* found and read. They dealt with it seriously but strictly and I felt more in trouble than anything. In our house it was always a mind over matter thing; a faith over mind thing. I was taught that sinking into a place of mental instability only happened because I let it happen.

I later appreciated how my parents handled their role in this situation. I was grateful that they invaded my perceived privacy and pulled me out of that low place I was in. I think it worked for me, so I suppose their response was appropriate. But it was an interesting approach now that I know that mental health and illness have been issues faced by a parent and, though nobody has confirmed it to me, I assume a grandmother as well. Their struggles were real enough to require medication; real enough to necessitate time away from a baby.

Still, I grew up believing that if I just focussed my thoughts the right way, I would fix myself. If I wasn’t ok, the problem was with me, and it was my responsibility to solve it. It was a problem with my faith and my attitude. Even my writing couldn’t be an outlet for me. I had learned that people could read my writing no matter where I put it and they could become upset by it. I started my blog when I was 17 and my parents would have a discussion with me every time I wrote anything cryptic or emotional.

I took the first three tests that popped up on Google and then went to the bathroom stall and cried. Severe depression. Anxiety. I called my doctor.

That Internet search was a long time coming. I had been feeling the way for a long time, but what pushed me to search for the diagnosis was that I couldn’t pull myself out of it. I couldn’t do anything other than crawl into bed after binge watch Netflix after each work day. Some days I was tempted to just call in sick from work. I was relieved on days when I really was physically sick so that I had an excuse to not do anything. Nothing I tried to do or think could lift me out of the place I was in.

My GP doctor went through a lengthy questionnaire with me. I felt the need to clarify everything. It was hard to honestly answer yes or no and let that be. It is ingrained in me to be ok and to take responsibility for the things that I feel. “Yes, but…” I felt so in control sitting there talking to him, like the depression and anxiety I had been feeling for months had just been whisked away. I was so good at faking it that when I needed to fake it, I believed it myself. I know how to manipulate the words to make people stop worrying. I have known that for years.

I had to wait a month to get in to see the therapist that I was referred to. “Talk first. Then, maybe if we need to we’ll explore medication.” So many of my friends have found it beneficial to talk to professionals. And in those few weeks when I waited I tried not to feel guilty about letting Dan take the lead at home so I could just live through that illness. Maybe I would be fixed soon. There was a light at the end of the tunnel.

But when I talked to that wonderful, amazing psychologist, whom I have since referred friends to, I felt completely uncomfortable. She asked about my husband and my parents. She was trying to understand me but I felt guilty discussing others, like I was blaming. It wasn’t fair to them. I wasn’t there to crap on the people I loved. I didn’t want to sound like someone with an unstable family life because I wasn’t. I was one of the lucky ones. I grew up with good parents. I had a good husband. It felt all wrong talking it out.

I normalize things when I talk. I downplay things. Maybe I simply needed more time and practice at talking honestly, or maybe I’ll never get over the part of me that has to appear fine and that feels like I am responsible for the way I am. I felt like an imposter in that room talking to a therapist because I couldn’t possibly be someone who needed it.

I left feeling confused. I wasn’t sure I wanted to go back.

At the time, I had a two-year-old and a four-year-old. A few months after going through this experience, a study was released in BJOG An International Journal of Obstetrics and Gynaecology which claimed that “maternal depression is more common at four years following childbirth than at any other time in the first 12 months after childbirth.” I felt validated reading that, even though I didn’t have the predictors that made this late onset postpartum depression likely. At least, I finally fit somewhere. Maybe I wasn’t making it all up after all.

By this point, however, I was newly pregnant with Logan and the mix of pregnancy hormones and chemicals inside of me was apparently what I needed. The depression and anxiety were gone. 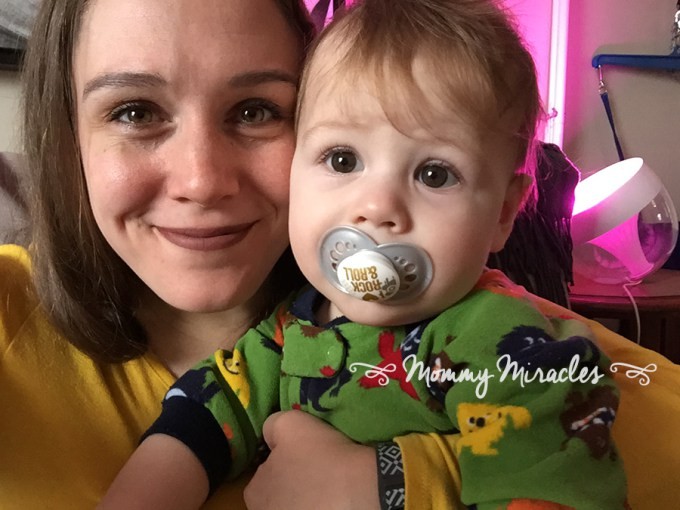 Now I don’t know what to do. I am no longer pregnant. I am one year postpartum. I am past those first few months of easily identifiable postpartum depression, but as I now understand, that means nothing for me. Pregnancy is not a viable solution every time I find myself depressed and anxious. The other night I tried to run, but discovered I was more anxious when I went to bed afterwards because running took up precious working time. I recognize the signs now, at least, a little earlier than I did before. Last night I went to bed when I would normally be up trying to be productive. But do I allow myself to be guided by my lack of energy under the guise of self-care? Or do I try to push through it, and hopefully keep the anxiety at bay? Am I ready to talk to my new doctor about it, or is it not that big of deal yet? Perhaps I’m just navigating a new, stressful stage where these feelings are normal. What solutions am I ready to accept? Therapy? Drugs? I still feel uncomfortable with both.

This is scary to talk about. Like so many of the real things Moms go through, we are conditioned to suffer silently. Miscarriage. Depression. Anxiety. The hard days. We are told that being open about these things will change the way the world sees us and our children and our spouses. It could affect jobs. My friends are taking down their blogs because it is affecting custody. Women are punished for being open about the truth they live in, even if the punishment is as simple as feeling alone. 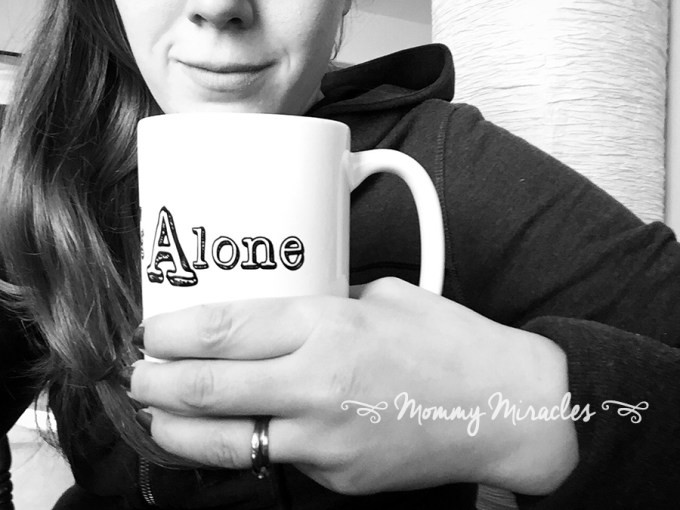 So let’s talk. Let me talk. Let me work through this without fear that I’ll be silenced. Don’t judge. Look around you and realize that I’m not the only one. I’m not even a severe case.

*None of this is to judge or hurt my parents. My parents were engaged in my life and they wanted to help. Their intentions were always good and loving and now that I am a parent I understand that not a single parent can ever be perfect. I do not blame my parents for any of this. I do not know how I would even do things differently.

This post is not sponsored and is not associated with Bell Canada. I just thought that #BellLetsTalk day would be a good time to talk about this.