L-A: Forget Romeo and Juliet. For never was a story of more woe than that of me and my hair.

For the past year or two, my hair has been the source of great concern in my life.

My hair and I have never really gotten along, but we’ve mostly had a friendly detente of sorts. I’ve always thought it should have more volume and better natural colour, but my hair had other plans. It’s mostly flat and thin and went a darker shade of blonde, doesn’t want to do much, and the left and right side both flip to the left. Awesome. And since my teens, I have been a sucker for anything that says “volumizing”. It started with Herbal Essence shampoo (which smells like 18 to me. That and GAP Dream). 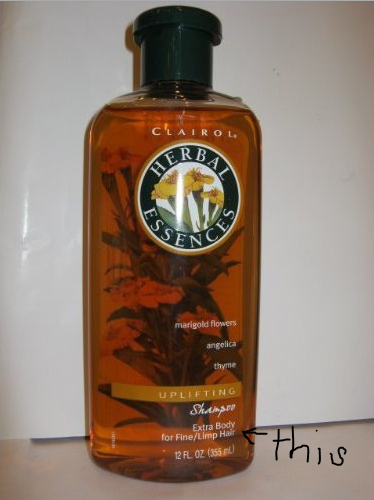 Just over a year ago, it went from mildly uncooperative to downright petulant and mean. My hair turned oily. I’d wash it and it would immediately need dry shampoo. Unfun.  I assume this is payback for the perms I had done in grades four and ten or all the at home hair colouring (the latter perm being the beginning of my transition from super long to short hair and I have apologized profusely to my bangs for that perm. I stand by my attempt at Angela Chaseness and all the boxes of extra blonde, ash, champagne, and whatever). And just when I discovered the magic products that will fight the oily hair (I love you Kerastase! And I love my hairdresser for hooking me up with that shizz!), I move to the land of hard water.

Is hard water really that bad? Well, let’s put it this way, I used to watch CLR commercials and wonder: who in god’s name would put CLR in a coffee pot? Why would you ever do such a thing? It’s like asking to be killed a la Heather Chandler. 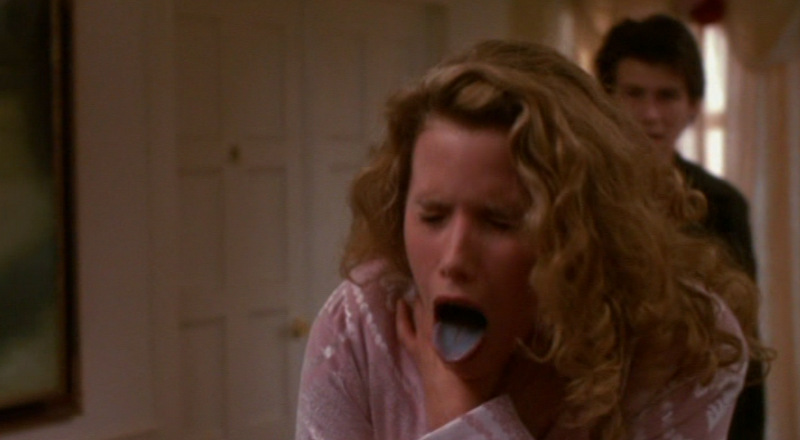 NOW I KNOW WHO DOES THAT: me. (I haven’t actually used it in my coffee pot, but I do understand. CLR and I are fighting the Battle of Lime in My Tub right now).

But you know what else could use a little CLR? My hair.

Sweet jesus, my hair. It was bad at first, but manageable. A trip to Halifax in August was a delight because the Halifax water gave my hair a break. But after four months, things had gone to a whole new level of bad. My hair never looked all that clean and worse still, by month four, there was buildup. I’ve heard of it in commercials, “is your hair lifeless, dull, full of buildup” and thought, “Clairol, you are on crack.” But this was actual, honest to goodness buildup. You could feel it. You could see it in my hairbrushes. Touching my hair would leave actual residue on my fingers. Gross.

So what’s a girl to do? Well, here’s what’s happened.

Step One: All the Internet Searches

Because I can’t be the first.

Upon reading Internet advice, I used Apple Cider Vinegar in my hair. My bathroom and I smelled like a delicious vinaigrette. We let this sit on my hair for ten minutes or more. It sort of helped.

Upon further Internet advice, I went for distilled water. This sounds fancy and indulgent, but is actually a pain in the ass. The 4L bottle of distilled water is awkward in the shower. The juice jug I stole from the kitchen is only moderately better. And it’s cold. Room temperature water is really frigging cold. Pouring it over my head reminds me of the house I lived in in Ghana, where there was no shower (they were more into baths)  and we’d wash our hair with a child’s plastic pail.

Step Four: Hair still has buildup, but is less gross

Hand to god. Ellie touched it after a week of the above

Fail. Water shot out of the back of the filter and soaked the bathroom.

Step Six: Visit hairdresser in another city to reset your hair

I’ve been reluctant to find a new hairdresser, so I book appointments for any visits to Halifax. This time was a full on colour session and the mix of colour chemicals and softer water got rid of all the gunk. I refused to wash my hair the day after getting it done and my husband had to listen to me say, “it feels amazing! Feel it? Isn’t it amazing? It feels normal again! Tralalalala!”

Since returning home, I’ve attempted to wash with distilled water, but that magic from my hair reset only lasted so long. It was awkward and cold and feels like a complete waste. My hair felt amazing, but it only looked so-so. The colour and cut were great, but it’s a little flatter than usual, even with product. Probably because rinsing your hair is hard with cold, buckets of water.

There is no feeling comparable to going from cold, buckets of water to a stream of hot water from a shower head. I remember this feeling from my travels in Ghana. Unfortunately, the shower filter can only do so much and after a month, I was feeling the buildup again.

I’m not eager to get back on the distilled water bandwagon becuase it’s winter and I don’t deal well with cold mornings, let alone cold water on my head in the morning (yes. I tried boiling it first. No luck thanks to build up in my kettle. I’m not kidding you when I say hard water is the worst). So on the advice of the nice lady at the Shoppers Fancy Beauty Section, I got this. 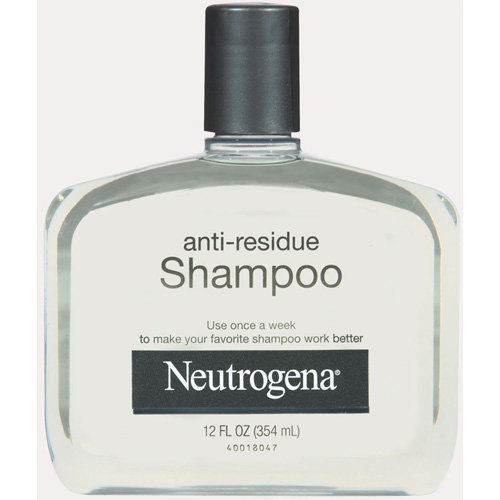 We’re only into week one of this weekly shampoo and after six months of dealing with hard water, I’m trying to be cautiously optimistic. Because right now? Right now my hair feels effing amazing. Almost as good as after I got it coloured in Halifax. And that was after one use (well, I washed, rinsed, repeated) of this stuff. I don’t want to get too excited, but I’ll admit I felt a little of this after washing my hair with the stuff.

And now I need to start thinking about getting a hairdresser in a new town.

I kind of wish I could justify the cost of a plane ticket every time I needed a hair cut. But this is a story for another day.

Let’s talk about my hair, okay? (A tragic tale of woe)
https://haligonia.ca/lets-talk-about-my-hair-okay-a-tragic-tale-of-woe-86630/