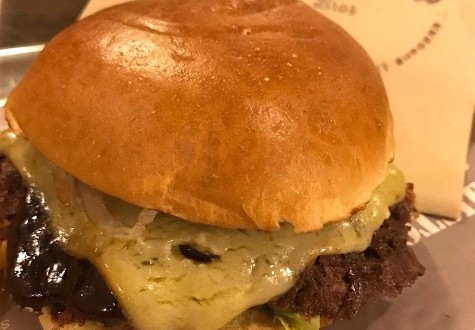 Life of Burgers Goes Across the Pond (Part 1)

Life of Burgers has been pretty quiet lately, but all for good reasons! In July I managed to snag a position working on the new TV series The Mist that filmed in Nova Scotia for 4 months, which was pretty exciting (especially since the NS film/television industry has had it rough over the last year or so), but it kept me very busy and burgers had to be put on hold for a bit.

About a week after the show wrapped, I took a much-needed vacation ‘across the pond’ for a couple weeks in England and Ireland. While there was many awesome and iconic things to see and do in these beautiful countries, I obviously had to take some time to dive into the beefier side of things and see how much burger game they could bring to the table.

I managed to get my hands on 11 different burgers on my trip, and Part 1 is going to showcase 5 of these meaty creations! 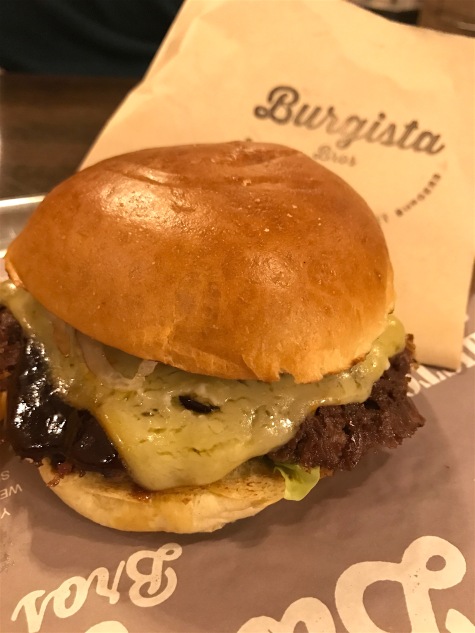 The first location on the trip overseas was London, England, which just so happened to have a huge selection of burgers for me to try, and since I was only there for a week, I really had to pick carefully.

Burgista Bros, on Baker Street, was just around the corner from my hotel so it was a great choice after a long night of travel. With a handful of burgers to choose from, I went with the BBQ Burger.

Sitting on a super soft, lightly toasted bun was a delicious piece of meat. The beef was cooked really nicely, and it had a great sear which improved the taste of the burger. On top of the patty was a big ol’ piece of melted Applewood cheese, and a generous serving of their house-made BBQ sauce, which had an awesome smokey flavour to it, and I couldn’t get enough of it! Topping all of this off was a nice pile of crispy fried onions to give it a bit of a crunch, and to finish off what was a pretty tasty burger all around.

This was only the first burger on my trip, but I knew if the others were anything like this one that I would be in for a delicious time!

Before I left on this trip, I obviously did a little research into the burger scene in London. One place that kept coming up on ‘must try’ lists was Gourmet Burger Kitchen, so I knew that paying this place a visit was a no brainer.

GBK has a long list of locations (I went to the Baker Street one) each with an impressive list of burgers to satisfy even the pickiest of burger eaters. I was in the mood for a simpler burger, so I ordered up The Don.

While this may be one of the less adventurous burgers on the menu, it definitely didn’t disappoint when it came to the overall composition. There was a great char to the patty, which was cooked a perfect medium (I really appreciated being able to pick my meat temperatures over here – something that is pretty ‘rare’ in Halifax). This burger featured two types of cheese, American and gorgonzola, and while the gorgonzola was slightly overpowering, I really did appreciate the abundance of cheese smothered all over those crunchy pickled onions!

I’m a saucy guy so I would have liked a bit more baconnaise, but the onion jam did step up, and it offered a great taste to every bite! Overall, this was a decent burger, and I would love to be able to try a couple more on the menu some day.

One of the perks of being on vacation is that you can eat brunch any day of the week. I had read about Dirty Bones and their unique menu, so when I saw that they had a brunch, I figured it just made sense to stop by. I had every intention of getting something a little more brunch-like, but being the person that I am, I couldn’t pass on The Mac Daddy when I saw it on the brunch menu.

The first thing my eyes were immediately drawn to when the burger was placed in front of me was the huge pile of mac & cheese. Pasta on a burger may not make a whole lot of sense in theory, but man does it ever work! It was thick and creamy, and it had a really awesome smokey flavour to it. The medium-rare patty that the mac & cheese sat on was seasoned perfectly, and the meat was very tender.

The amount of pulled beef short rib on the burger was just right, and I really liked how the flavour worked well with the BBQ sauce. A soft, toasted bun brought all of these ingredients together and created one of my favourite burgers of the trip!

I also tried out their ‘Shadow Milkshake’ (double chocolate ice cream, Oreo, and chocolate sauce), and my sweet tooth has never been happier. Highly recommend trying it if you are a chocolate fanatic like myself!

I’ve known about Bleecker St. for a while now, even before I knew I was going on this trip. They only have a handful of burgers on the menu, and they are fairly simple, but they are known for doing burgers right. Keeping it classic for this meal, I went with the Bacon Cheeseburger.

My first impression when I saw the burger was that it may not be as filling as I would like it to be. This was not the case. They pack this burger with a great amount of both bacon and cheese, and they definitely don’t skimp on the burger sauce. The star of the show, however, was the beef. It was cooked to a nice medium-rare, and it was dripping delicious burger juices.

I love big and creative burgers, but the folks at Bleecker St. put out amazing simple burgers that would crush a lot of the complex creations out there!

Another place in London that keeps it somewhat simple when it comes to burgers is Patty & Bun. I popped in to the James Street location for a quick lunch, and I’m glad I did!

The Smokey Robinson Burger features mostly classic burger toppings, but has a couple ingredients to change things up. The medium-cooked patty was thick and juicy, and it was the perfect size for the awesome brioche bun. They were pretty generous when it came to toppings as there was a nice amount of caramelized onions, and the cheese never seemed to end!

My favourite part had to be the smoky mayo that they use. It gave a creamy component to the burger, while adding a great savoury flavour. This may have been a messy burger (I’m talking 3-4 napkins messy), but it was worth every drip!

That’s not all! Stay tuned for even more burgers in Part 2 of my burger adventures through England and Ireland!

Just an everyday guy, on a quest to eat as many burgers as humanly possible. Based in Halifax, Nova Scotia. I am in no way an expert food critic, I'm just someone who enjoys a good burger. 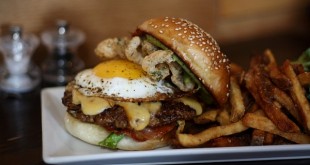 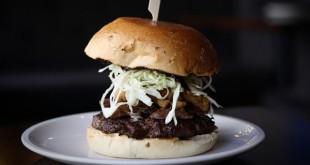 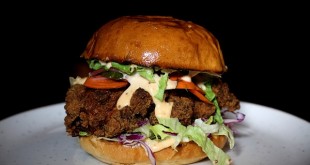 We are now three days out from Halifax Burger Week, and you can almost hear the stomachs growling in anticipation. I’m assuming by now that you’ve put somewhat of a list together of burgers that you want to check off your Passport... 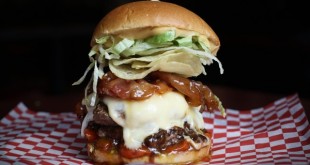 Annnnd we’re back! It seems like only yesterday we were trying to fit Black Sheep’s beast of a burger in our mouths, and waiting in line for forty-five minutes at Vandal (my biggest regret of last year was trying and failing to get my...