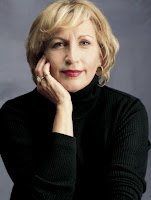 After twenty one years of writing fiction purely for her own enjoyment, Alabaman author Linda Howard bit the bullet and courageously submitted a manuscript for publication. After a nerve-wracking wait (Howard claims she lost 20 pounds due to stress) the manuscript was accepted by Silhouette Books. Her subsequent career has spanned over a successful decade, accumulating numerous awards and attracting a loyal fan and adoring fan base. Many of her titles have appeared on best-seller lists including the New York Times, USA Times and Publisher’s Weekly.

Howard is best known for her hot and spicy contemporary romances, peppered with suspenseful plots, dark twists, fast-paced dialogue and steamy, descriptive sex scenes. Her novels offer the reader an intriguing glimpse of a sensual dark and edgy world where her heroines are both self-aware and reliant under pressure, and her heroes are tough, sexy and often a little jaded. As attracted to each other as they are from the beginning, it takes a little longer for these characters to respect and open up to each other. But with the assistance of the harrowing situation of the moment and a little verbal jousting, her characters eventually find solace and fulfillment.

Although her novels are considerably character centered, expect an abundance of mystery and action. But with that being said, Howard’s books rely more on creating a suspenseful tone than indulging in explicit descriptions of violence.

The newest addition to Howard’s collection, Veil of Night is due for release this summer. In the meantime, eagerly anticipating Howard fans might find some solace and fulfillment of their own by delving into books by these similar authors:

Howard readers will no doubt appreciate the lure of Robards’ vibrant character relationships, fast-paced action and highly suspenseful settings and may over-look that these novels tend to contain a little more explicit descriptions of violence.

After waking up from a horrific ordeal, head of the National Security Agency Katharine Lawrence is sure of nothing—except that she can trust no one and that her instinct is to run. With the help of a handsome doctor, Katharine is drawn into a web of conspiracy, where no where is safe and peril is at every turn.

Although Garwood’s style of writing is considered to be gentler and less gritty as Howard’s style, readers will still find merit in her edge-of-the-seat-plots, similar pacing, well-developed characters and witty repartee.

When crime reporter Sophie Rose’s potential interview turns up dead, she finds herself in imminent danger. Travelling to in hot pursuit for more information, with sexy Jack MacAlister assigned as her body guard, Sophie is steadily immersed in a passionate affair—and on the trail of a sinister mystery.

For a similar experience in terms of a grittier and darker nature, Howard readers might find interest in J.D. Robb, a pseudonym for well-known and beloved writer Nora Roberts. Her In Death series features Eve Dallas, a NYPD Lieutenant hell-bent on serving justice to cold-blooded murderers set in a futuristic world.

The series encompasses a nice blend of both suspenseful mystery and sensual romance. With thirty-eight titles and no doubt more on the way, it is best to start at the very beginning with the first title, Naked in Death.

With no one to turn to when her son is held hostage by a ruthless drug lord, federal judge Grace Silva seeks out the man she helped send to jail 16 years ago. With precious time slipping away, Grace and retired kidnap specialist Joe Faroe must face the past and settle their differences before it is too late and the killer takes yet another victim.