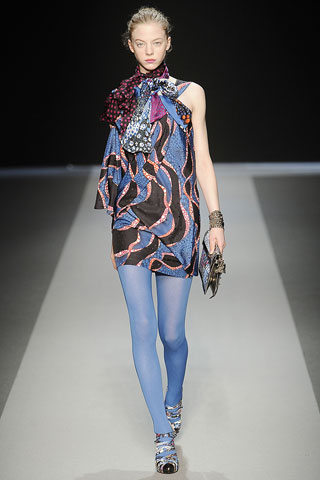 L-A: Ally is off having dinner somewhere (which means she’s half in the bag on cocktails by 7pm), and that leaves me to blog on my own. If she doesn’t have a raging hangover in the morning, she’ll add her two cents.

Before I get on topic, I will tell you all about how we are now on Facebook: we’re on Facebook (not much to say really). Aren’t we with the times? It only took us a year to think of that one (probably because I usually suck at using Facebook).  Maybe next year we’ll get on MySpace (our posts on MySpace would be epic: ~~~ w00t!~!!!~~~ <3). We might even consider Friendster.  (holy crap! Friendster still exists!).

I digress. We’re on Facebook and now we’re going to talk about Lindsay Lohan’s newest job prospect. No, she’s not acting acting again (remember when she was adorable and could sort of act? Man, those were the days). Not too many producers can afford the insurance on that train wreck. Nope, she’s still in the fashion business. Although, this time, I use the word fashion lightly: she’s talking to the Ed Hardy people about handbags.

I have only four words to say about this: Heaven. Help. Us. All.

As you may have heard, the Ungaro thing didn’t really work out (I know, that was a shocker).  Let’s take a look at Ungaro before Lindsay (Fall 2009) and after Lindsay (Spring 2010):

Sigh. She was like a kiss of death.  I’m pretty sure even Lindsay wasn’t surprised when they called to tell her “thanks, but no thanks” on the Fall 2010 line.  Now I’d like to take a look at Ed Hardy as it is today and then give you my predictions of what is in store for the Ed Hardy brand if they allow Lindsay to get her hands on it:

You know something…this collaboration could really work out for our girl Lindsay.

AllyG: While I am not hungover (this was a business affair, I had to stay klassy), I am exhausted. I do have this breaking news to add: Linday Lohan announced on her Twitter account that  she would not be designing for Ed Hardy. Bad news is she is still designing for her “line” 6126.

To come this week! I will post pics of my new Marc Fisher shoes. Get ready to swoon!