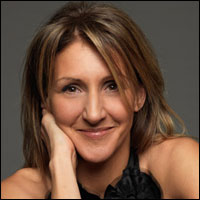 Now going into its third edition, the book’s thesis is brought to life in a fragrance line; that women in North America own the buying power and yet we still have issues of war and poverty in the world.

The 7 Virtues sources organic oils for their fragrances from countries like Afghanistan and Haiti, with future oils being sourced from the Middle East and Africa.

The company’s goal is to encourage others to do trade with business people in Afghanistan and other nations experiencing strife as a part of the solution to building peace.

Barb Stegemann has been nominated as one of Chatelaine’s Women of the Year. Visit Chatelaine.com and vote for your favourite woman of the year!

“As a mom living in Bedford, Nova Scotia, I feel very fortunate to run myncompany from my home in our beautiful neighbourhood,” says Barb. “It would be lovely if my neighbours could vote for me for the Chatelaine Women of the Year. I was nominated this year in the category of Entrepreneur.”