Ally: While working for one of my favourite clients this past winter, a colleague turned me on to the Game of Thrones books, and the accompanying HBO series. Guys? Best thing since Six Feet Under.

I’ve decided I don’t trust anyone who doesn’t engage in the Throne chase.

I spent the entirety of season one distracted by the exceptional acting of Jason Momoa who plays Kahl Drogo. He acts REAL GOOD)…

By the time I got to season two, I realized there might be some good fodder for the blog. Let’s do this.

Let’s start with my favourite asshole on the show (and I say that with all due respect/love).

Cersei is my kind of Queen. She can barely find the energy to execute her amazing lazy, monotone one-liners.

And she is rarely without a glass of wine, which makes me assumed that if she existed in 2013 proper, Cersei would also be a connoisseur of the wine-in-a-box. In terms of style, I’d liken Cersei to a modern day Gwyn Paltrow in that she has a killer body which she outfits in fairly bland clothing. Top marks for her hair, however. 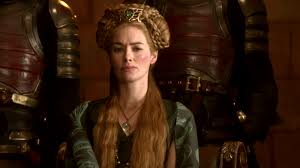 This hair took time, friends. You can see the exhaustion on her Grace’s face.

Margaery is first introduced to us in season two, and we’re immediately privy to the fact that Marg has some serious game that she’s throwing down; with the plays mostly coming from her cleavage. She’s totally a Samantha. 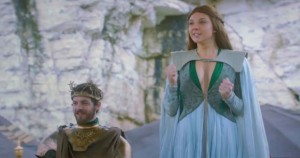 I’m not sure where this dress would be appropriate, but a sword fighting tourney would not likely be first on my list of events. Whatevs, Margaery seems totally at peace with her ill-cut dress and the lack of effect it has over her husband. Without giving too much away, season three brings the hilarious with Cersei finding new ways to call out Margaery for dressing like a lady of the evening in each episode.

Do we bother to talk about Sansa? I’m already sleep deprived with a new baby, talking about Sansa Stark is not the antidote I need to remain awake. Girl brings new meaning to boring. Every time she opens her mouth to talk, I cry a little. Her style is as weak as her game. 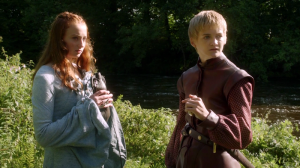 Of course Sansa was attracted to Joffrey. Makes perfect sense.

At least her hair got a bit better once she moved to King’s Landing. Too bad the rest of her life turned into a bowl of suck. 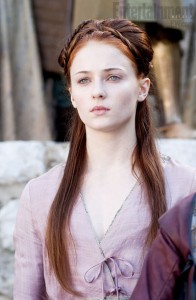 This is basically the only expression that Sansa knows.

Dany has to be my hands-down favourite. If only because she wears desert gear and braids like a complete boss. 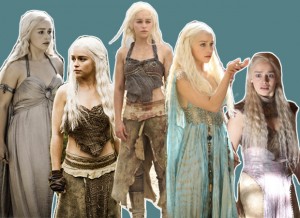 Apparently, dressing Dothraki is sort of a “thing” in the elite fashion parts. 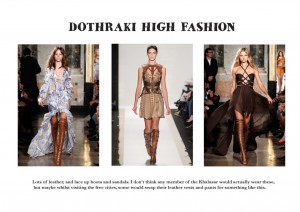 I can get down with that except for the thigh-high gladiator boots. Those wouldn’t go over so well at the Sunnyside Mall in Bedford.

My admiration for Dany goes beyond the materialistic, I mostly like her because she shared scenes with Khal Drogo, whose exceptional being can best be elaborated on through a YouTube Montage:

I know there are more characters (many more), but that will require a Part Two post, which I’m totally ok with. Until then, share your thoughts on this show with me. 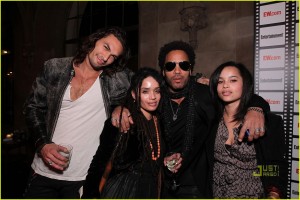 Go get it, Lisa Bonet!