While my parents were in town for my graduation, we decided to go on a day trip to the ‘usual suspects’: Chester, Mahone Bay and Lunenburg. I was pretty excited about this trip as I had had my eye on a couple food joints in the area for the last year or two, but could never find the time to visit. Since I took a long wknd from work, this was the perfect time to stop in.
After a quick stop at Julien’s Bakery in Chester for a bowl of their mulligatawny; a curry broth-based soup with tons of chunky veg, we were en route to Lunenburg for lunch at Magnolia’s Grill. This place has captivated me since the moment I spotted it. Well, from the moment I spotted it’s press list in the window, really. Magnolia’s Grill has been written up in Gourmet Magazine three times, Bride Magazine, and countless other publications. And now, I know why!
The restaurant itself is adorable; black and white checkered floors with a stand-out wooden multicoloured table in the center, surrounded by cozy booths. 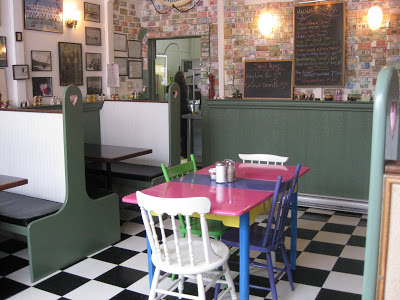 The main wall, housing the specials board is decorated with bits and pieces of international currency, while the others feature a scattering of photos and autographs of movie stars who’ve filmed in the vicinity. Gourmet likes it, celebs like it…I had to try this place for myself! 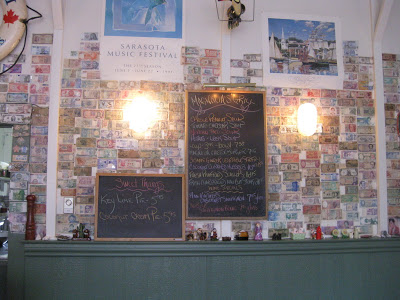 While both of my parents went for a familiar, yet tasty tomato-basil soup w/ sharp cheddar, I went a little off the beaten path with a bowl of Creole Peanut soup…aka liquid velvet. With a touch of spice and a smooth, mouth filling texture, the soup was an assault on my taste-buds. The peanut was certainly not subtle, but it was a far cry from the Kraft jar. I spent the entire time trying to distinguish the soup’s many characteristics, when, all of a sudden, it was all gone! 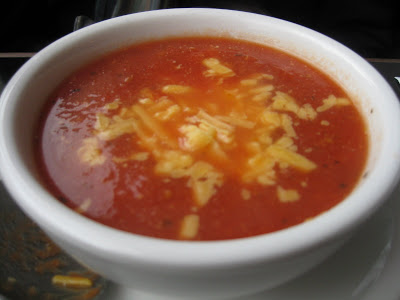 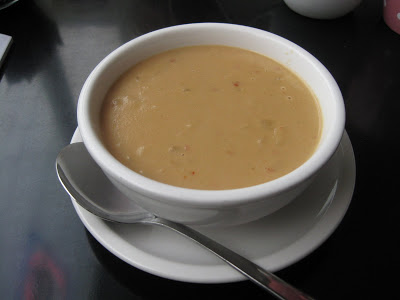 For our main, momma and I decided to split the pan seared scallops. I asked the server how many scallops came in the dish and she said that it varied by weight. I couldn’t help but think that she might have thrown one in for good measure when I told her that we would be sharing! The scallops were seared just so, with a nice layer of caramel goodness. On the side, was a Greek salad with fresh greens and a light savory dressing with a hint of oregano. There was also a side of Magnolia’s red onion chutney- I love me a good chutney, and this one was right up there on the YUM list. 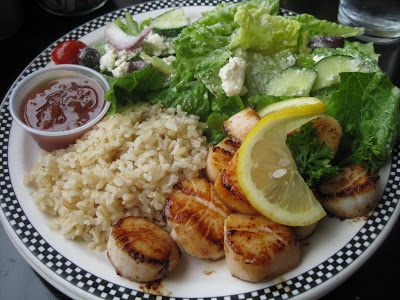 My poppa decided on the fish cakes which bode well for me as I was torn between the two dishes. These were some of the nicest fishcakes I’ve had in NS…and growing up in NL, I’ve had my share (Don’t worry pops- yours are the best!). They were nice and savory with a crisp crust and paired with the same chutney as my scallops. 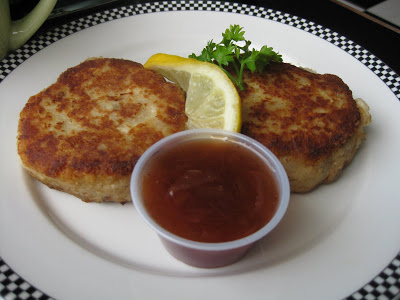 How adorable IS this place? They even collect salt & pepper shakers! These little guys were my fave…although I was eyeing a set of cheeseburgers as well. I’m so glad we took this trip so that I finally had the chance to try this place first hand. Magnolia’s Grill is a tiny, unassuming resto with tons of character and fantastic food, paired w/ a little bit of kitch! 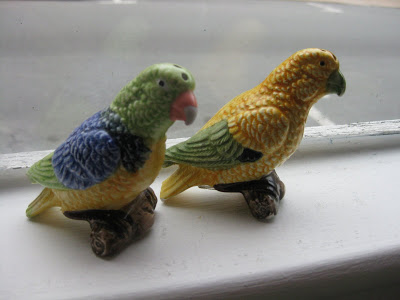