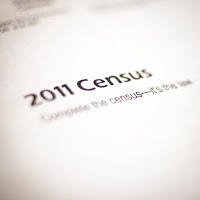 It has been a full week of civic duty in our household. First we elected a Conservative majority in our country. And then on Wednesday we were greeted with the 2011 census.

Rather, we were greeted with a code to complete the survey online. Whatever, I’m not good at mailing things anyway.
Figuring I would enjoy filling in the answers more than Dan would, I grabbed my access code, reclined in bed, and logged in. I told Canada all about myself, my husband, and my son – our names, address, where we work, and how much money we spend.
And then, I came to a question that asked for my permission to make this census information public…
… in 92 years.

Does this person agree to make his or her 2011 Census information available in 2103 (92 years after the census)?

My first thought was Sure! Why not? Let’s not lie, I’m not really a private person. Although I don’t share personal census-type information to the world, I am fairly open. I would assume that the readers of my blog know more about me than the government does.

But then, my mind thought 92 years into the future. 2103. I’ll be… well, dead unless there is some miraculous cure to death that appears between now and then, and in that case I’d be 117 years old. Cameron will be enjoying his great grandchildren if he is lucky, but will likely be laying next to me in the family plot. My family will consist of descendants, many of whom would be forgetting about me or completely ignorant of my existence.

My answer on this survey would set into motion something that will happen outside of my lifetime.

It is kind of a smack in the gut, isn’t it? Especially to a 25 year old who rarely thinks about how fleeting life really is.

I had no option but to mark YES, allowing my answers to be unsealed in 92 years. I doubt anyone will be interested in Wednesday night’s answers. But there is part of me – part of everyone I’m sure – who wants to be remembered; Who wants to be assured that this little life I am leading will make a difference in the world.

And then I think about my little old man. My son, who will grow and age and live a life until he is 93 years old.  My son, who will get married and have precious little children of his own. My son, who after growing up under my wing will finally be on his own, a man that I will undoubtedly be proud of. My son, taking the little bit of loving wisdom I’ve imparted and handing it down to his children.

Maybe answering YES to the genealogy question doesn’t matter. Maybe what really matters is the mother I am now as I raise a little boy who will grow up to change the world. 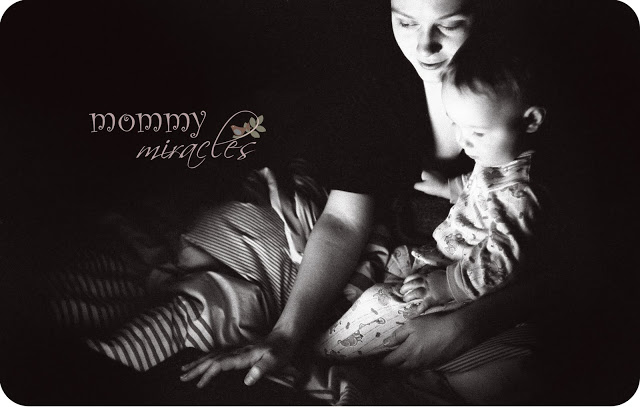 Photo taken in April
13 months old
Laura (@LauraORourke) is a photographer who lives in Halifax, Nova Scotia. A wife to Dan and a mother to Cameron, she spends her free time blogging and reading. Her blog finds its home at http://miraclesofamily.blogspot.com. Her photography can be found at http://www.olalaphotography.com.