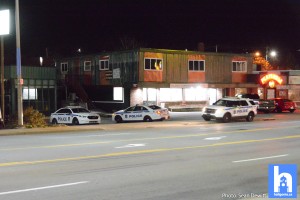 At 1715hrs members responded to a disturbance at the Atlantic Compassion Club Society at 141 Main St. Dartmouth. A male was refused service for not having proper identification and became belligerent with staff and then drove off erratically in a stolen motor vehicle. The suspect returned a short time later and attempted to get another customer to buy marijuana for him. 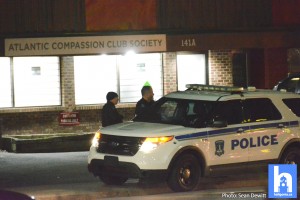 While doing so he flashed a firearm at the customer threatening to use it. (Later to be determined to be a replica BB gun). The suspect then drove off erratically again in the stolen vehicle. Police located the suspect and the vehicle parked near the 130 block of Main St. The suspect fled on foot and ran into traffic trying to flee from police, he was subsequently arrested and will be going to court in the morning to face multiple charges. 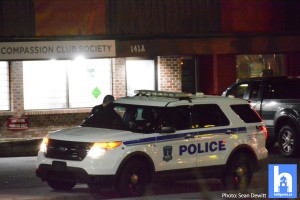 At 1918hrs HRP members responded to the 6000 block of Quinpool Rd to assist HRM Fire with an intentionally lit fire in the alley way of a building. Upon arrival police were notified by HRM Fire of an earlier fire on the same block in a dumpster. While police were onscene another fire started at a third location in a garbage can. All three fires were small in nature and quickly extinguished with no damage to property. Police did arrest a person of interest at the scene but they were later released without charges. HRP Forensic Identification Section attended and the Arsons are being investigated by the Integrated General Investigation Section.