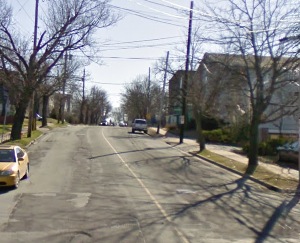 A 59 year old man is in Police custody after a standoff this morning on Lady Hammond Road. From HRPD:


View Larger Map
On April 5th at 0830 hours, HRP members responded to the 6100 Block of Lady Hammond Road for a 911 hangup. A 59 year old male resident at that location has been experiencing delusional behaviour and mental health issues. Officers had to breach the front entry door to gain entry as the lone male refused to allow police inside. Once inside officers determined that the male had retreated to his bedroom and was now barricading himself  by placing furniture items against the door. The door was pushed open enough to view the male off to the side and he presented a kitchen knife and began motioning it towards the officer looking in.  The male continuously yelled, cursed and swore requesting the officers leave him alone.

Officers onscene closed the door and the WCOM and Central NCO attended and began speaking with the male in an attempt to have him come outside the bedroom. The male adamantly refused until at one point he indicated he was going to finish a cigarette and would then come out. While speaking with the male smoke from a fire could be detected inside the bedroom and the door was subsequently forced open and a table was on fire in bedroom. The door was then breached off the door casing and the smoke inside was becoming increasingly heavy. The apartment and bedroom were so tightly encumbered  with furniture and collectibles that the male could not be observed inside the bedroom.  Police requested HRM Fire attend the scene and in the interim police accessed a fire extinguisher and put out the immediate fire in the bedroom. Officers opened available windows but were forced to evacuate the apartment due to the heavy smoke at the time. Shortly after, officers regained entry inside the apartment and located the male in the bedroom. The male was found  hiding amongst the packed furniture and underneath the door and was removed and taken into custody after a minor struggle with police. The male was transported to the QE2 hospital via ambulance for  treatment and assessment under  the involuntary psychiatric assessment act. Excellent job done by all officers at the scene bringing about a successful conclusion to a dynamic and changing situation.

Man barricades himself in apartment, sets fire to table
https://haligonia.ca/man-barricades-himself-in-apartment-sets-fire-to-table-14426/