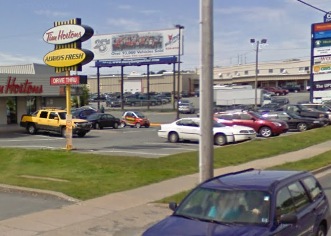 Man arrested after assaulting a child at Dartmouth coffee shop

Police remind everyone it’s their duty to report child abuse after a serious incident yesterday in Dartmouth.

On April 3rd, 2010 at 542 pm, police responded to 650 Portland Street to  a complaint of a child being punched in the mouth by an adult male at the Tim Hortons  The suspect and child had left the scene and could not be located, on police arrival. The whole incident was captured on video,  the video image was seized by police.

On April 4th the suspect a 37 years old Dartmouth man was arrested by police without incident. The child who was three years old was taken to the IWK for assessment and released with minor injuries. The accused party is not blood  related to the child victim but is the boyfriend of  the child’s mother. The child resides with the mother on a shared custody arrangement.

The accused was released to attend court at a later date.

Police remind the public it is everyone’s duty to report child abuse. A referral was also made by police to the Nova Scotia Department of  Community Services, Child Welfare for follow-up.