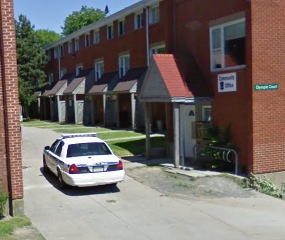 View Larger Map
At 10:07 pm Halifax Regional Police responded to Olympic Ct and Sunrise Walk of shots being fired. Reported that three shots were heard, after police arrived two further shots were heard. Containment of the area was initiated by members at the scene. The Emergency Response Team responded and searched a premise on Sunrise Walk.

No victims were identified, several parties were arrested at the scene, interviewed and subsequently released.

View Larger Map
At 11:01 pm Halifax Regional Police responded to  Union St, Bedford, male had been stabbed in the stomach.
The victim a twenty one year old male, was stabbed outside of the residence and made his way back to the residence. The victim received a serious stab wound to his abdomen and has under gone surgery at the QE II Hospital for his injuries. Forensic Identification officer and members from the General Investigative Section are continuing the investigation.

View Larger Map
At 1:05 am, Halifax Regional Police responded to a residence in the 1900 block of  Oxford St. report of male spraying pepper spray in the address. Police located two suspects in the area and were arrested. An eighteen and twenty year old male will be appearing in Provincial Court at a later date, charged with assault with a weapon and possession of a weapon as well as Controlled Drugs and Substance Act offences.