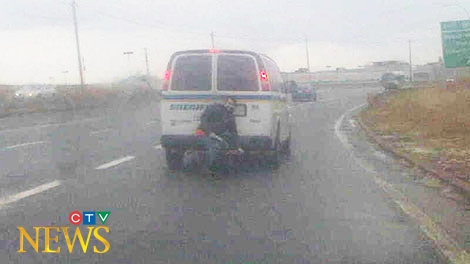 Police are looking for a man, Thomas Arnold Jones, that escaped from custody this morning in Dartmouth.  A viewer to CTV News submitted a photo they say shows the man escaping from the back of a sherriff's van. 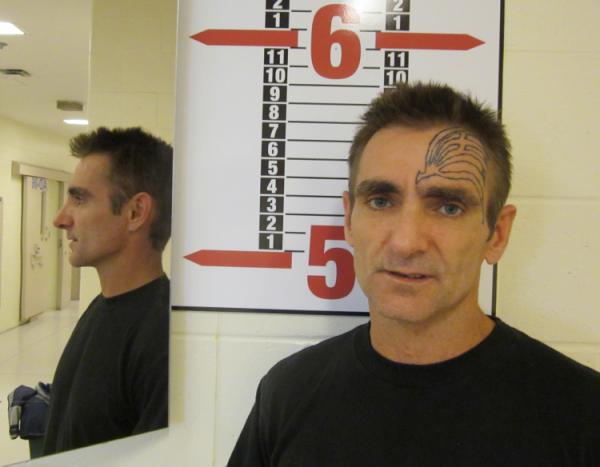 Halifax Regional Police say Thomas Arnold Jones — the escaped prisoner — contacted police himself and they arrested him on Marilyn Drive.

A description of the offender sought by police and sheriff officials is available.
Thomas Arnold Jones, 48, was being taken to Dartmouth provincial court for sentencing on a break and enter charge when the incident occurred at 9:30 A-M. He also faces a number of other charges, including assault, break and enter, arson, uttering threats and breach of conditions, from 2011.
Mr. Jones is described as white, five-foot-eight, 160 pounds, black hair and blue eyes. He is wearing jeans, cowboy boots and was last seen wearing leg shackles.
The public is asked not to approach him, but to call police immediately.
Source: Release