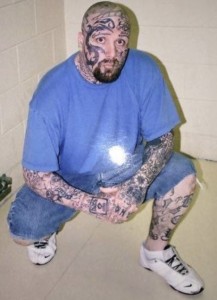 *** Update : The 34-year-old man from Pugwash who was reported wanted by police on March 7 is now in custody. He was arrested without incident this morning in Amherst by Cumberland District RCMP and the Cumberland County Street Crime Enforcement Unit (SCEU).

The RCMP would like to thank the public for their assistance.

Cumberland District RCMP have obtained a warrant for the arrest of a man who has been charged with several offences recently in Cumberland County.

Bradley James Barton, 34, of Pugwash, is charged with:

Barton is a white male, 6-foot-1 and 270 pounds, and has a shaved head and blue eyes. He has tattoos on most of his body, including his face. The charges are in relation to a recent theft of a volunteer firefighter’s vehicle while he was stopped to provide assistance to Barton, who was involved in a collision with a vehicle that he is alleged to have stolen earlier that day. Police have not been able to locate him, and are requesting assistance from the public. 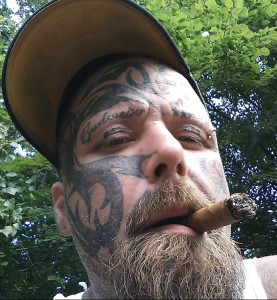 Members of the public are asked to​ not approach Barton if he is located, and call police.​ Cumberland District RCMP are asking anyone with information on the whereabouts of Bradley Barton to contact them in Oxford at 902-447-2525. Should you wish to remain anonymous call Nova Scotia Crime Stoppers toll free at 1-800-222-TIPS (8477), submit a secure web tip at www.crimestoppers.ns.ca, or use the P3 Tips App.