Well, we’ve officially reached the end of Phase 2 of vacation. Phase 1 ended when we came home from our two week trip, and I suppose Phase 3 will end when Cameron goes to school in September.

(How long did that phase last? Since my maternity leave began in January? 5 years ago when Cameron was born?)

This second phase of vacation has been a period of transition for us. We’ve all been home but Dan’s head has slowly started to migrate back to work.  Bags have been (slowly, too slowly) unpacked. Our days have been quieter than they were when we were away but they have still been family days. On Friday, Dan went back to work.

I’m going to miss him. 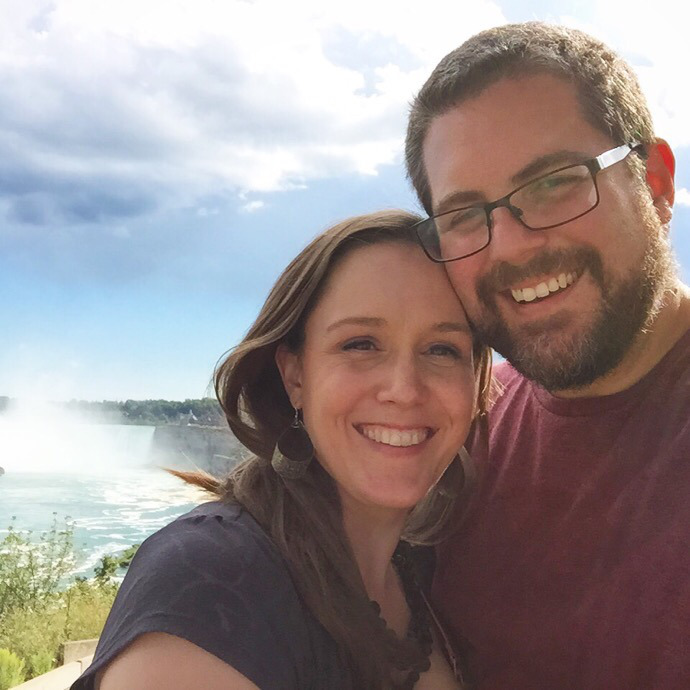 Many stay-at-home parents will agree the vacation doesn’t usually feel like a vacation. You just move your parenting duties somewhere else and possibly throw in a few more responsibilities like packing and unpacking and dealing with fussy children who are out of routine. I have definitely experienced this. But I didn’t really experience it on this vacation. Perhaps it is because I have a couple of kids who are old enough to fend for themselves and who don’t have much of a routine to break. Plus, for the first half of vacation they had cousins to play with and there were grandparents to dote on them throughout. Most importantly, my husband has been very hands-on with our kids during this vacation. I think being very busy at work for the past year meant that he really cherished all the available time he had with them. 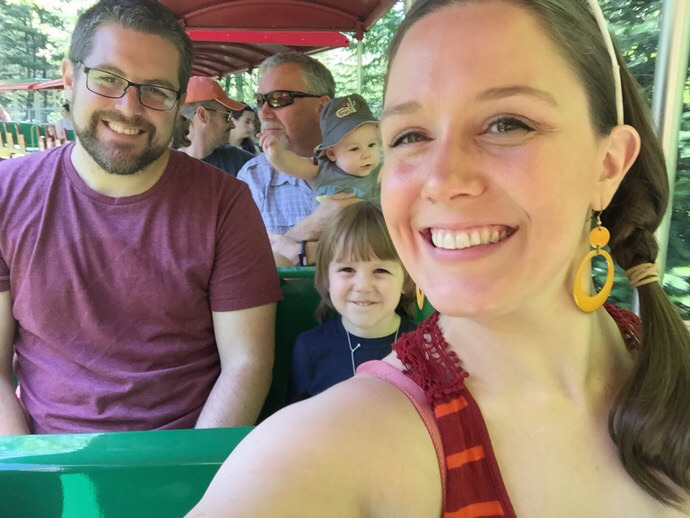 It has absolutely felt like a vacation to me. Every part of it: The memories made; the break from certain responsibilities; the time together. 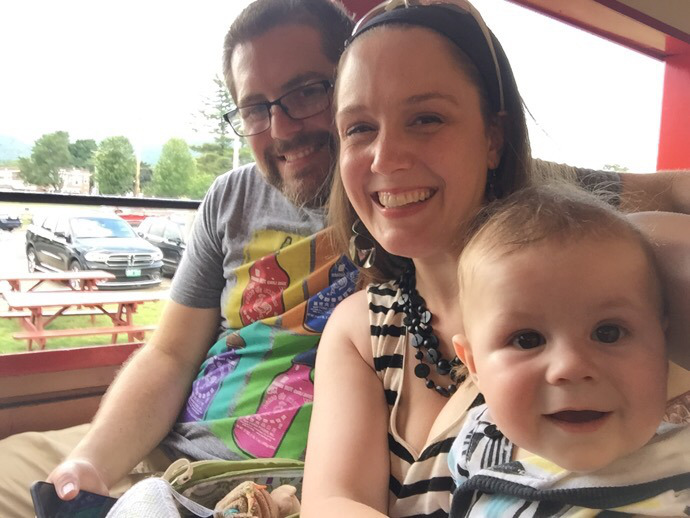 As a stay-at-home mom, I often feel like I am spending most of my time with my family. However, that time is pretty much limited to the kids while it seems like Dan and I do not get to spend a lot of time together. The time we do get to spend is often influenced by how the rest of our days has gone – stress from work; over-touched from children; exhaustion from all of it. We rarely have time for one another and certainly don’t have our best-selves to offer during those times. 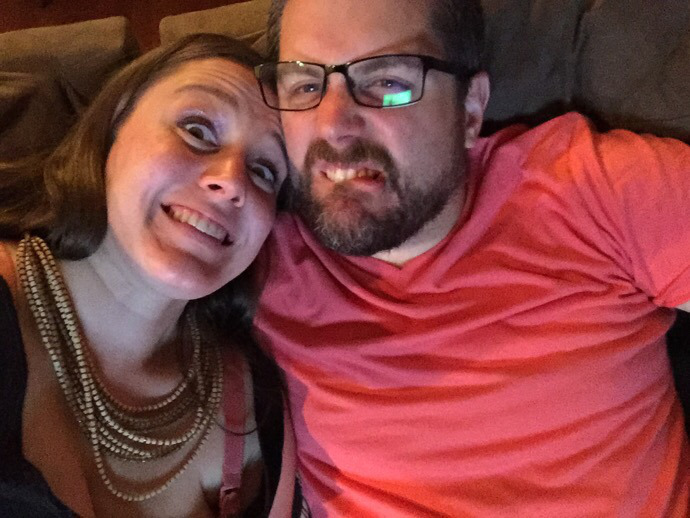 Once, as a high schooler, I heard a pastor give dating advice. He told us not to marry anyone before we had spent every season together. While his general point about being deliberate and taking time to pick your mate seemed valid to me, the one year (or four seasons) timeline seemed rather arbitrary to me. Now though, I appreciate his use of the word “seasons”. Marriages have seasons. The newlywed, honeymoon phase is one. Pregnancy is another. Post-partum, yet another. Parenting young children is one too… And my marriage has more or less been stuck in the pregnancy/post-partum/parenting-young-children cycle for a while. Over five years, actually.

This season hasn’t necessarily been easy for us. Being a parent in general isn’t the issue. Being a parent is a lot of things – it is hard and beautiful and full of wonder and new life and it is really amazing season to be it. But specifically, it is hard on a marriage. For one thing, it is exhausting. At least from my perspective, my identity has changed from that of a woman (and my husband’s wife) to one that also includes a mother. I have shared my body with babies. I still am using my body to nurture one. This actually takes a big toll on a woman’s (or, at least my) sense of self. I know I am a Mom. I hear it daily, often in a very whiney voice. I hear it when my kids are hungry and tired. I hear it in the cries in the middle of the night. I hear it when I’m needed. I hear it in life or death (real or perceived) situations. I hear it so much that those other identities struggle to be recalled. 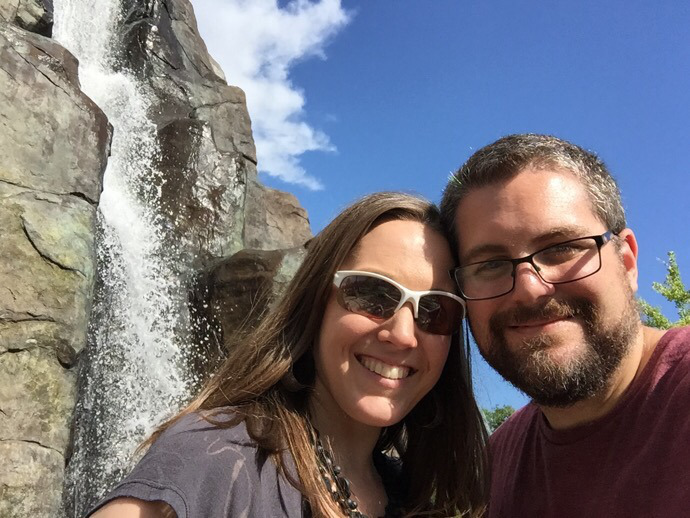 But, my primary relationship isn’t to my kids. Not really. That would be detrimental to them. They would grow up with a Mom who wouldn’t know how to let go. They would get married to people that I wasn’t willing to share them with. I would be stuck forcing myself onto them when they are ready to be adults and live their own lives. At that point they won’t need a Mom who is overbearing and wanting to be involved in every aspect of their lives. They’ll need a Mom who is there to love them and watch their lives progress while welcoming all the new people into the family that they bring with them – daughters(-in-law) and grandchildren!

There is only one person whom I promised that I would be by their side until death. I didn’t promise this to my children. That would be problematic. I did promise this to my husband though. And while our need for each other doesn’t seem as immediate as the grumpy, teething baby, it is just as real. 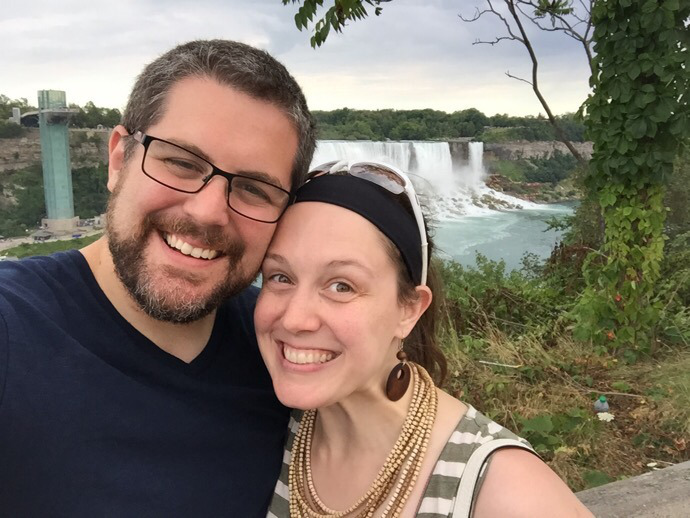 The thing that meant the most to me on this vacation – more than the time with extended family, more than the memories made with my kids, more than the awesome shopping deals at outlet stores – is the time my Dan and I had to be together – even with kids surrounding us. We drove over 4000 km together! We spent every day together, together. We were a team. We had no reason to go our separate ways. We were with extended family for most of the trip, but still we felt our togetherness as a nuclear family. It was good. It was needed. It was wonderful. 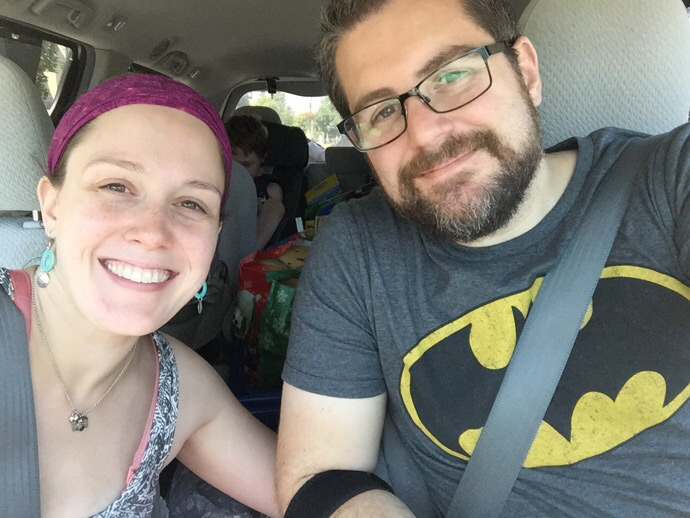 I love him. I still do. Seven years, three kids, many seasons later and he’s still the one I love most. He’s absolutely my best friend. He’s the one I want to do long car drives with even though he super-duper hates them. He’s mine and I couldn’t be happier about it. 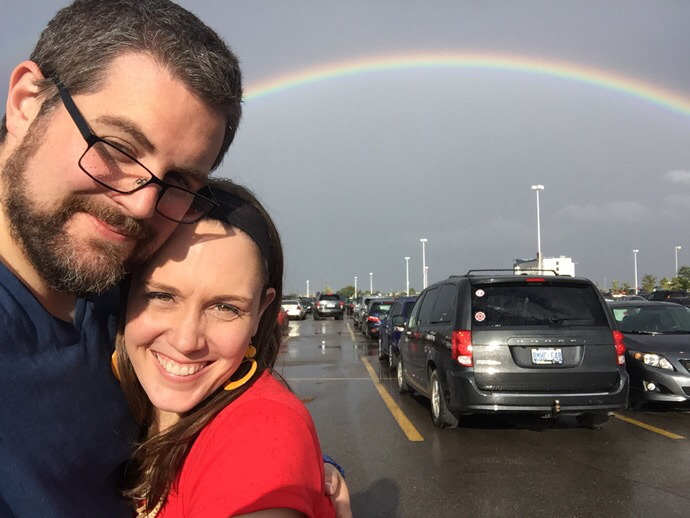 This vacation really brought us to a place that we needed to get back to. And so, as Dan goes back to work, I’m feeling a bit sad. I’m missing the man that I’ve spent every day with for the better part of three weeks. I’m missing my friend. But I’m glad to know that he’s still my guy when he’s at work and when he walks through that door in the evening. I knew it all along, but it sure was nice to take the time to be reminded.