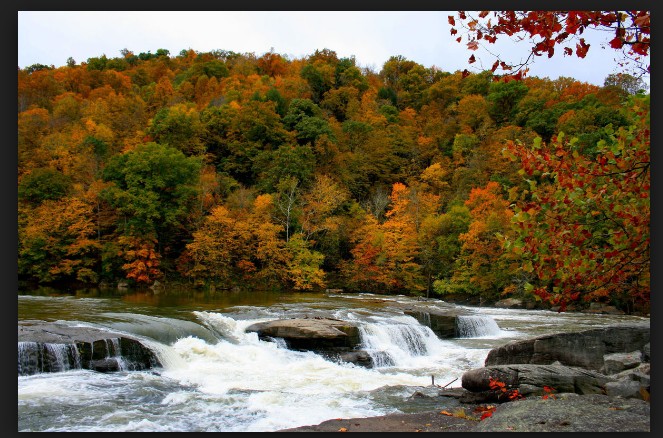 On Saturday, Hurricane Matthew began the day as a Category 2 hurricane near Hilton Head South Carolina.  During the day, it made landfall near Myrtle Beach SC and weakened to a category 1.  However, the cold front advancing from the west enhanced the rainfalls, resulting in widespread flash flooding in North Carolina. 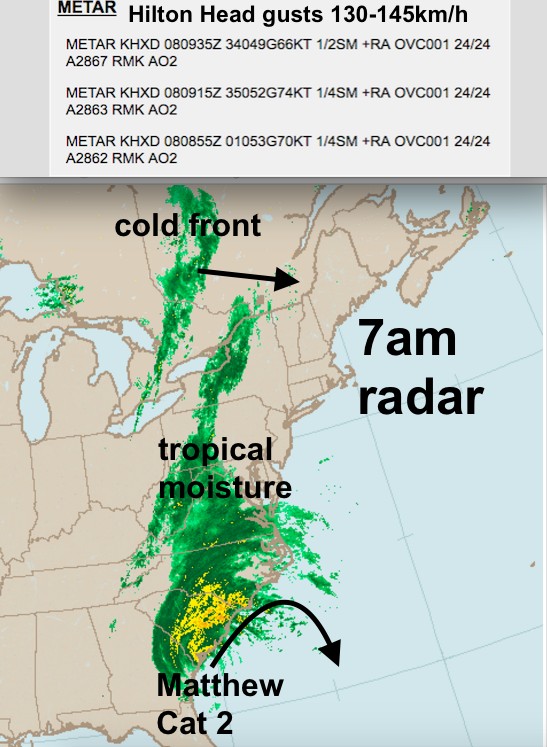 This morning, the hurricane has interacted with the cold front (a process referred to as extratropical transition).  This has transformed the hurricane into a post-tropical cyclone (meaning it is losing its core tropical characteristics).  However, this process is resulting in the storm being carried away to the east and being absorbed by the front. 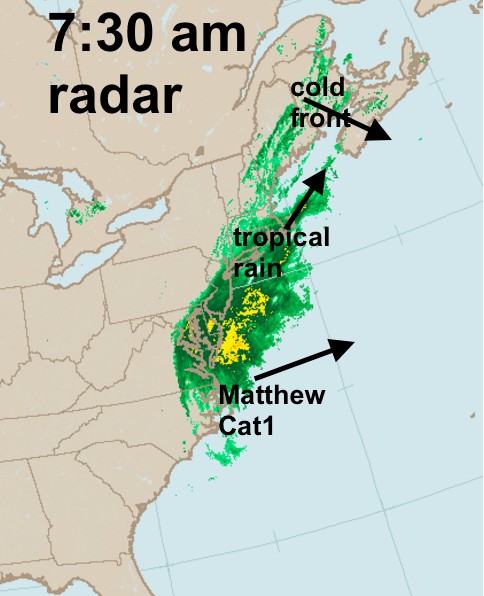 Computer forecast models have been having difficulty predicting the interaction with the cold front and Matthew.  While this is typical, it provides some uncertainty as to the amount of rainfall the southern Maritimes can expect tonight.

For the Atlantic Coast of Nova Scotia, predicted amounts range from about 40mm to over 150mm.  I would suggest 40 to 60mm as a consensus amount for Mainland Nova Scotia, 60-75mm for Cape Breton, and 30 to 50mm for extreme southern New Brunswick and eastern Prince Edward Island.  There is the slight risk, however, of double those amounts if the extreme model is correct. Further North in New Brunswick amounts drop off rapidly.

The heaviest rain appears likely to fall in a 12hour period between midnight and noon Monday.  Even 50mm in 12hours is enough to cause pooling of water on hard dry ground or roads, causing some localized flooding.  Higher amounts will result in a higher risk of basement flooding.

The strongest winds with this system will be after the rain and behind the front: North 30-40 with some gusts to 60 or 70km/h.

On the positive side, this rainfall is overdue and needed for wells, rivers, and lakes which have large deficits in water levels from a dry summer.

Environment Canada has issued a Special Weather Statement due to the rainfall risk.

Might be a good idea to avoid driving in the heavy rain, and prepare for possible basement or localized flooding.

Stay safe and Happy Thanksgiving… Mother Nature is providing us much needed water.

Matthew’s Moisture: Grateful Or Not?
https://haligonia.ca/matthews-moisture-grateful-or-not-166444/