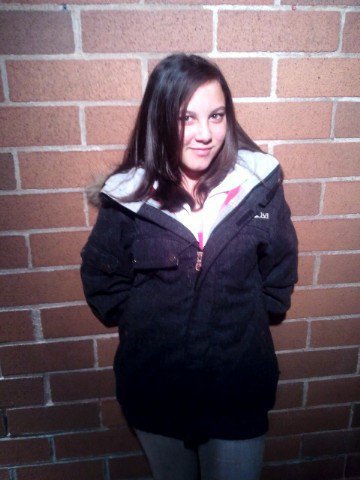 The HRP/RCMP Integrated Vice Unit is seeking the public's help in locating a missing Dartmouth woman.
Twenty-year-old Melissa Dawn Peacock was last seen on November 7 at her resident in Dartmouth. She was reported missing on November 9 when family and friends became concerned because they couldn’t contact her. Initially, there was conflicting information as to whether Melissa was missing or had gone off on her own. Officers from several different agencies have been involved in the investigation but so far all leads have failed to locate her. Melissa has been known to go off on her own but never for this length of time and without staying in contact with her family and friends. She is described as a white woman, 5’1”, 105 lbs., with brown curly mid-length hair and hazel eyes.
At this time, there is no evidence to suggest that Melissa has met with foul play, however, family and friends are concerned as it is out of character for her to fail to stay in contact with them. Police request that Melissa, or anyone with information on her whereabouts, call Halifax Regional Police at 490-5020 or their local police department. Anonymous tips can be sent to Crime Stoppers by calling toll-free 1-800-222-TIPS (8477), submitting a secure web tip at www.crimestoppers.ns.ca or texting a tip – Tip 202 + your message to 274637.