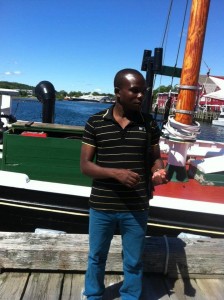 Thirty-two-year-old Deo Butoyi of Halifax reported missing on August ,1 has been located.

Police would like to thank the public and the media for their concern and assistance in locating him.

Mr. Butoyi is a black man and he is described as being about 5’6” tall with a slim build; he speaks very little English. There is no clothing description.

There is no information to suggest that Mr. Butoyi has met with foul play; however, we are concerned for his wellbeing. Investigators are asking Mr. Butoyi or anyone with information on his whereabouts to call Halifax Regional Police at 902-490-5016.