The​ 24-year-old​ man​ from​ Berwick who was reported missing since​ May 21 has been located and is safe.​ 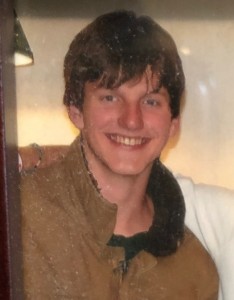 Kingston RCMP is asking for assistance from the public to locate 24-year-old Peter (Pete) Edward Blanchard.​ Blanchard left a residence in Berwick last evening around 7:30 p.m. and was last seen walking on Commercial St.​ at 8:30 p.m.
​
Blanchard is described as white,​ 6-foot, approximately 160 pounds with brown hair and hazel eyes. At the time he was last seen, Blanchard​ was wearing a dark hat, light tan work jacket, blue jeans and brown shoes.
​
Anyone with information on the whereabouts of​ Peter Edward Blanchard​ is asked to contact Kingston RCMP at 902-765-3317. Should you wish to remain anonymous call Nova Scotia Crime Stoppers toll free at 1-800-222-TIPS (8477), submit a secure web tip at www.crimestoppers.ns.ca, or use the P3 Tips App.