*** Update : The RCMP has located the body of a 78-year-old man, who was reported missing from Merigomish on February 13.​

The investigation into the death is continuing and we have not made a determination about any criminality at this time.​ 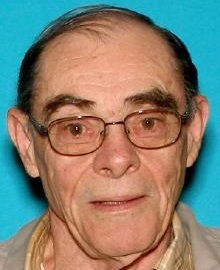 Wallace Harry MacLean, 78, was last seen on February 7 and police are concerned for his safety.

MacLean is believed to have left a residence on Shore Rd. in Merigomish in his 2009 light blue Chevrolet Silverado extended cab pick-up truck bearing Nova Scotia license plate FZF084. It is not known where he was headed that day.

MacLean is described as white, 5-foot-11, and grey hair and hazel eyes, and he wears glasses. A clothing description is not available at this time. He is known to frequent coffee shops in the area.

Anyone with information on the whereabouts of Wallace MacLean is asked to contact Pictou District RCMP at 902-755-4141. Should you wish to remain anonymous call Nova Scotia Crime Stoppers toll free at 1-800-222-TIPS (8477), submit a secure web tip atwww.crimestoppers.ns.ca, or use the P3 Tips App.