** Update: The​ 33-year-old man​ who was reported missing from​ Wilmot, Annapolis County​ on January 29​ was located on January 30​ and is​ safe.
​
The RCMP would like to thank the public for their assistance and retweets on social media 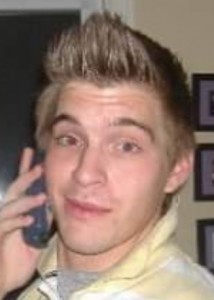 Hill is described as a white male, 5-foot-4 and 125 pounds. He has short brown hair, grey eyes, a slim build and has a goatee. Hill has “One of a Kind” tattooed on his left arm and “WORD NERD” tattooed on his fingers. Hill was last seen at 9:30 p.m. on January 27 wearing a woven grey and black hat, a grey jacket, a grey hoodie, black pyjamas and tan work boots. He was walking on Highway 1 in Wilmot.

Anyone with information on the whereabouts of Zachariah Hill is asked to contact Annapolis District RCMP at 902-665-4481. Should you wish to remain anonymous, call Nova Scotia Crime Stoppers toll free at 1-800-222-TIPS (8477), submit a secure web tip at www.crimestoppers.ns.ca, or use the P3 Tips App.