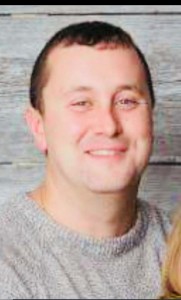 Update: The man who was reported missing on May 6, 2018 from Port Hawkesbury, has been located.

MacQuarrie was last seen early Thursday, May 3rdat 2:30 a.m. after being dropped off at a residence in Port Hawkesbury. It is believed MacQuarrie is driving a burgundy 2000 Jeep Grand Cherokee with possible license plate FLU 443.

John Daniel MacQuarrie is described as 5-foot-10 with a medium build, dark brown short hair, blue eyes, and a tattoo of “cape breton west 902” on his upper right arm. He was last seen wearing a light grey zippered hoodie.

Anyone with information on the whereabouts of John Daniel MacQuarrie is asked to contact Port Hawkesbury RCMP at 902-625-2220.Should you wish to remain anonymous, call Nova Scotia Crime Stoppers at 1-800-222-TIPS (8477) or submit by secure online tips at www.crimestoppers.ns.ca or use the P3 Tips App.