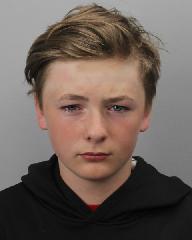 Justin Oakley has been located.

Thank you to the media and public for their assistance

Justin Alexander Oakley was last seen August 4 around noon on Courtney Road in Dartmouth. He was reported missing to police last night.

There is no information to suggest that Justin has met with foul play, however, police are concerned for his well-being. Officers request that Justin or anyone with information on his whereabouts calls Halifax Regional Police at 902-490-5020.