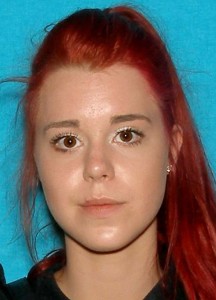 Seventeen-year-old Alicia Michelle McInnis was last seen on August 21 at 10:10 p.m., leaving a residence in the 2400 block of Robie Street.

Alicia is described as a white female, 5’8″, 125 lbs. with brown eyes, long brownish-red hair and tattoos on both wrists. She was last seen wearing a white t-shirt and black shorts.

There is no evidence to suggest that Alicia has met with foul play but there is concern for her well-being. Officers request that Alicia or anyone with information on her whereabouts calls police at 902-490-5016.