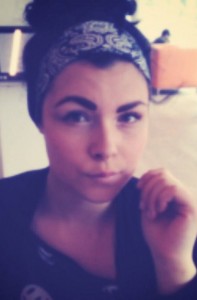 She has been found safe.

Sixteen-year-old Merissa Purdy was last seen on May 20 around 4:36 p.m. in the 2400-block of Robie Street. Merissa was reported missing to police on the evening of May 21.

Merissa is described as an Aboriginal female, 5’3, 176 lbs., with long black hair and hazel eyes. She was last seen wearing a black hoodie and grey pants.