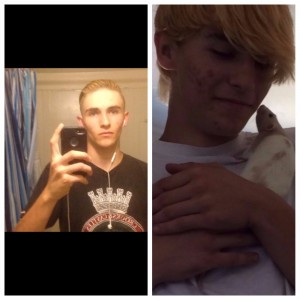 Victor Paul Boyne was last seen on September 11 before noon in the 100 block of Rosedale Avenue in Halifax.

Victor is described as a white male, 5’9, 146 lbs., blue eyes and blond hair that is shaved on the sides and usually worn in a pony tail. He was last seen wearing a white t-shirt that says “Hate You 2” on the back, dark jeans with holes in them and grey sneakers. There is some indication that Victor may have gone to New Brunswick.

There is no information to suggest that Victor has met with foul play, however, police are concerned for his well-being. Officers request that Victor or anyone with information on his whereabouts calls Halifax Regional Police at 902-490-5020.